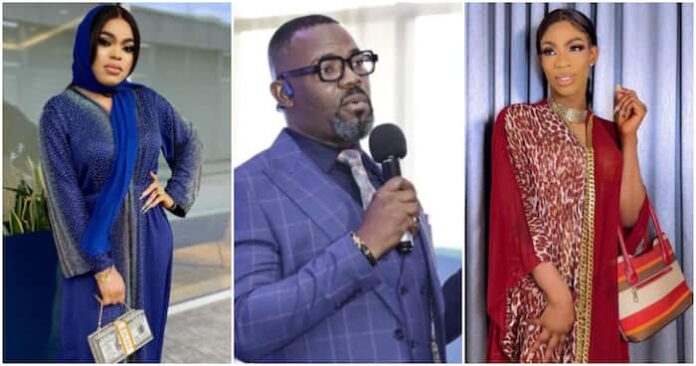 Okey Bakassi, a Nigerian actor and comedian, has expressed his views on cross-dressing and transgender issues in Africa. The actor made what many have called a controversial statement regarding the presence of popular cross-dressers in the African entertainment industry in recent times.

Such figures, one of which is Bobrisky; a popular Nigerian cross-dresser, have been the talk of several critics who reference his activities as a point of attraction for others. The growing rate of cross-dressers has attracted constant criticism, with Africans arguing that it is not in line with being an African.

The disagreement grows daily; some claim everyone should be allowed to do what pleases them. However, others argue based on a cultural perspective, blaming civilization for what they tag as a “problem.”

Interestingly, Okey Bakassi has given his perspective. The actor recently argued that cross-dressing is simply due to the ravaging poverty people experience. While in an interview with a local media outlet; the comedian stated he is yet to witness any wealthy African claim to enjoy cross-dressing.

The actor spoke in Pidgin, referencing his Igbo background. He stated; “I never see any rich man way be crossdresser, check now. Is it that this poverty is also affecting people brain?” Bakassi backed up his point by asking the host to name any wealthy African who enjoys cross-dressing.

Bakassi isn’t the only African to speak out against the practice. Self-reported accounts from Africans who engage in crossdressing and other LGBTQ-related activities suggest that some people falsify their status to generate money.

A few months ago, the media was taken aback when a young African who pretended to be gay in order to obtain a visa ended up abandoning his partner.

A Nigerian movie actor named Uche Maduagwu gained widespread applause from Western media. The actor had earlier claimed that he was gay a few years ago. Though he quickly reversed his attitude, even in the Western world; former LGBTQ people denouncing their past lifestyle is not unusual.

However, other LGBTQ activists on the continent feel that such acts would be ridiculed. They believe that people will not take them seriously; especially in their ongoing efforts to normalize same-sex and sex change on the continent.