I Never Wanted to Marry Will Smith ~ Jada Pinkett 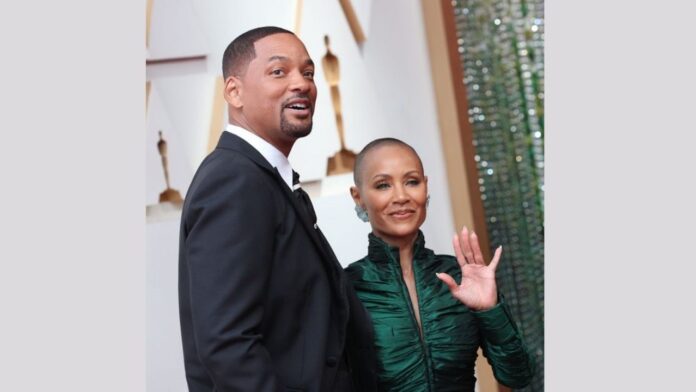 Jada Pinkett, Will Smith’s wife, has confessed the truth about her marriage, saying that she did not want to marry Will.

In a discussion with her daughter and mother, Jada opens up about the situations surrounding her marriage to the Oscar award winner, Will Smith.

“I cried for days, I did not want to connect with Will,” Pinkett said.

“I was under a lot of pressure, you know, being a young actress, being young, and I was just pregnant and I just didn’t know what to do,” Pinkett Smith said.

Jada went further to describe how the last thing she wanted to do with her life was to get married.

She said, “I did not want to get married. But here it happened.”

While narrating what it was like to have to get married against your wish, Jada remembered her mother, Adrienne Banfield-Norris, also known as “Gammy”.

According to Jada, her mother forced her and Will to get married after she became pregnant with their first son, Jaden.

In the discussion, her mother, Banfield-Norris, admitted that the wedding was terrible. “It was a mess,” she said. Jada was sick, she was very uncomfortable… She did not cooperate with anything.”

Jada, laughing at her mother’s exaggeration said, “And I was so upset that I had to get married. I was so angry that I went crying. I cried to the altar.”

Will Smith earlier gave his stance about, love, relationships, and family. In his words, “There was not a day in my life that I wanted anything but to get married and have a family. “Since I was 5 years old, I was imagining what my family would be like.”

In his defense, he said, “…But love will make you do crazy things…”

Read the full story of Will Smith’s Oscar experience