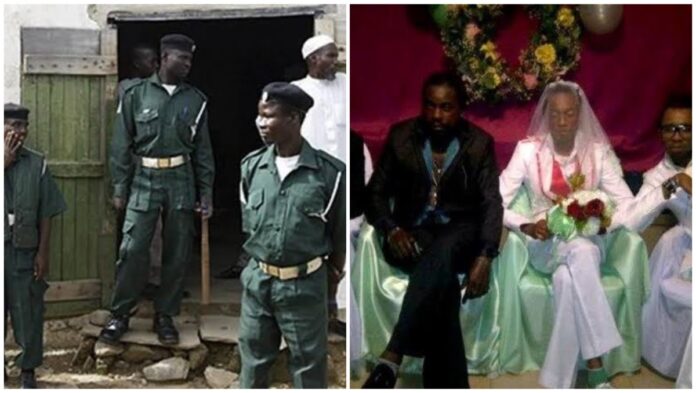 Kano is one of 12 states in northern Nigeria that introduced Sharia law in 2000, with Islamic courts operating alongside the state court system.

This is not the first time Islamic police have arrested young men accused of organizing a gay marriage. Each time, the suspects denied it, saying they gathered to celebrate.

Homosexuality is punishable by death under Islamic law, but no executions have been carried out.

Islamic Police spokesman Luan Ibrahim Faag told AFP that 19 people, 15 women and four men in their 20s, were arrested at a multipurpose hall on Sunday.

“Our men broke into the place where a gay couple was getting married and arrested 19 men and women, including the wedding planner,” he said.

However, Faag said the alleged couple managed to escape, and the police are looking for them. The suspects have since been arrested, according to the spokesman.

In 2014, Africa’s most populous country—a deeply religious country—passed legislation against same-sex marriage. Since then, homosexuality has been punished with 10 to 14 years in prison.

They denied the accusation, saying they belong in a nightclub and want to celebrate the appointment of the club’s president.

In January 2015, Hisba arrested 12 youths at a hotel on the outskirts of Kano on suspicion of planning same-sex marriages. The young man also denied this, saying that they are planning a birthday party for a friend.