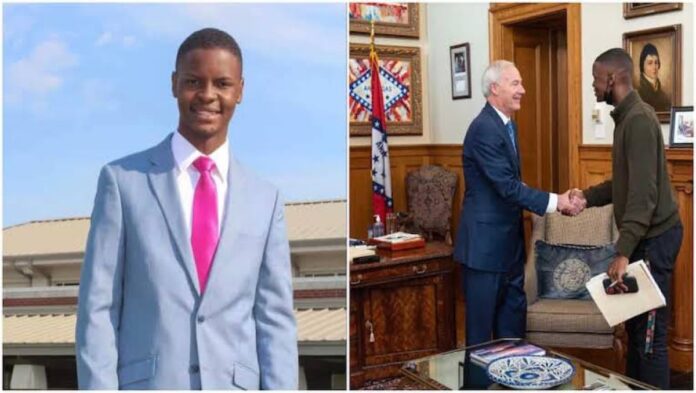 Jaylen Smith has become the youngest black mayor in the United States after being elected in the second round.

Smith, 18, defeated Nemi Mathews Sr. in a runoff to eliminate the mayor of Earl, Arkansas.

Jaylen Smith graduated from high school in May 2022 and now has an interesting job title. At just 18 years old, his new job is the mayor of his hometown of Earl, Arkansas, making him the youngest black mayor in America.

Smith took to Facebook to announce his win in a post. “It’s time to build a better chapter in Earl, Arkansas,” said the newly elected mayor.

On Tuesday night (December 6), Smith defeated Nimie Matthews Sr., 59, in a runoff. The Teenager finished with 218 votes to Matthews’ 139.

In an interview with FOX on the 13th of last month, Smith, who recently graduated from Earl High School and still lives with his mother, spoke about the goals he hopes to achieve as mayor.

“First of all, I want to improve public safety here,” he said. “Second, tear down the abandoned houses…the transportation here for the community and bring a grocery store here.”

He added that while he will continue to earn his bachelor’s degree online at ASU Mid-South in Memphis, he will make the city his top priority.

Being young with no political experience doesn’t bother a native of Arkansas. Compare your newly chosen position with a new hire in any job.

“You know that when you get a job anywhere,” he said. “You never know what you’re getting yourself into. You can do whatever you want at any age,” he added.

Smith said he is very active in the community. He organized citywide cleanups, water distribution, and food collections.

His opponent, Matthews Sr., congratulated the young politician on becoming Earl’s next mayor. “If I could help you, I would still help you,” Matthews said.

Matthews brings over 40 years of experience working for Earl. He is currently a second lieutenant at the city’s police station and has worked as a road inspector for 30 years.