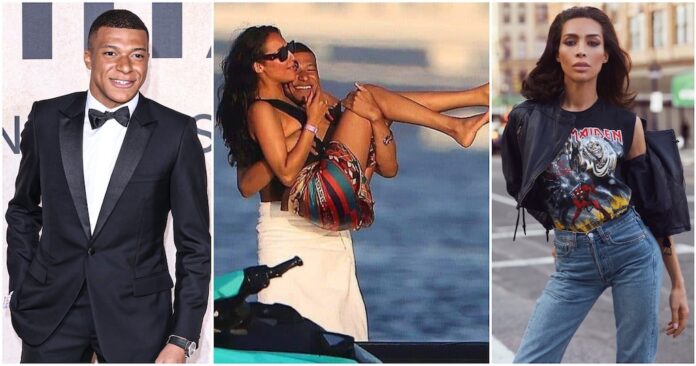 According to media reports, Mbappe and Rau have been in a romantic relationship for several months, first seen together in May this year during the Cannes Film Festival.

The pair were later spotted on a yacht when the Paris Saint-Germain star lifted his heartthrob(Ines) as they shared a romantic moment together.

Born in 1990 to Algerian parents in Paris, France, Ines Rau transitioned at age 16, but kept her sexuality in check until age 24, before making her story public.

Ines was also Playboy magazine’s “Playmate of the Month” for the November issue, becoming the first openly transgender woman to be presented in this way.

After her transformation, Ines described the process as liberating. In her autobiography, she wrote, “I feel like my soul is finally free, as if the lock that kept me stuck for so long has been opened.” This time I am a woman through and through.”

The photo of both characters on a yacht has since sparked rumors of a relationship between them, but in the absence of other evidence, it’s difficult to confirm that the woman in his arms is actually his girlfriend.

However, the reaction from fans seems to be that of shock, as few fans commented that Mbappe likes transgender people now.
While some didn’t seem to mind, praising him for keeping an open mind.

There was also no official comment from Mbappe’s camp, but given his recent form, Mbappe is a courageous figure who doesn’t care about the opinions of others.