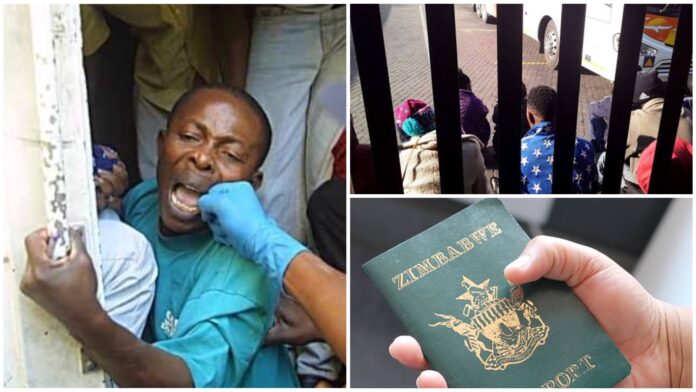 Zimbabwean authorities have sentenced 148 Malawian citizens to between four and six months in prison, as reported by the Malawi Freedom Network.

The Malawians await deportation by the magistrates of Chivhu and Mvuma, both of which are regions where they were caught without legal documents.

Authorities say 65 travelers were intercepted by police in Chivhu, while 83 were arrested in Mvuma, media reported.

Prosecutors told the court that on Monday, police officers manning a roadblock at the 141 km pillar along the Harare-Masvingo road intercepted 65 Malawians traveling on the road.

The foreigners were on two buses and according to Zimbabwean news agency Zim Eye, police in the Republic of Zimbabwe found 55 passengers on the Sarge bus and 11 on the other bus.

Police said the 86 Malawians were found in a house in a town near the Zimbabwe-Mozambique border.

“On August 15, Murewa police arrested 86 foreigners, including 76 men and 10 women, for entering the country without travel documents,” Republic of Zimbabwe police said.

“The suspects were stopped at a house in a medium-density suburb of Murewa after being picked up by a local van.”