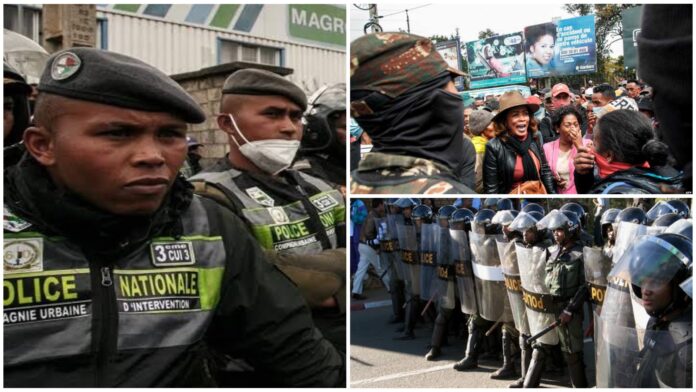 Eighteen people died after police in Madagascar opened fire on a lynch mob angered by the kidnapping of a child with albinism, a senior doctor said.

Dozens were also injured in Monday’s incident. “At the moment, a total of 18 people have died, nine at the scene and nine in the hospital,” Tango Oscar Toky, chief doctor at a hospital in southeastern Madagascar, told AFP.

“Of the 34 injured, nine are between life and death,” said the doctor. “We are waiting for a government helicopter to evacuate them to the capital.”

On the large island in the Indian Ocean, people with albinism are regularly targeted with violence. According to the United Nations, more than a dozen kidnappings, attacks and murders have been reported in the past two years.

According to Jean-Brunelle Razafintsiandraofa, district deputy, there was a kidnapping of a child with albinism in the city of Ikongo last week.

Four suspects were arrested by the gendarmes, but residents went to the gendarmerie’s barracks on Monday and demanded that the suspects be turned over, lawmakers said.

About 500 protesters armed with blades and machetes “attempted to force their way into the police station,” said a police officer involved in the shooting on condition of anonymity.

“There were negotiations, (but) the residents insisted,” the AFP official said by telephone from the town of Ikongo, 350 kilometers from the capital Antananarivo.

Police first fired tear gas and then shots into the air to try to disperse the crowd, he said.

“They continued to prevail. We had no choice but to defend ourselves,” the official added.

The state police in the capital confirmed the “very sad event”, but claimed only eleven victims, 18 injured.

Andry Rakotondrazaka, head of the national police, told a news conference that what happened was a “very sad event”. It could have been avoided, but it happened.”

“The gendarmes used tear gas. But that wasn’t enough to stop the crowd from moving forward.

But in the end, the gendarmes “had no choice but to resort to self-defense … and limit the damage from the gunfire,” he added.