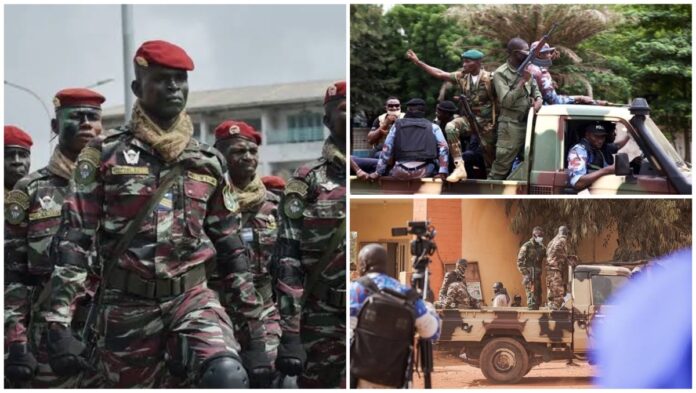 Mali’s prosecutor said on Friday that one of the country’s superior courts had sentenced 46 Ivorian soldiers whose arrest in Mali sparked a diplomatic controversy between the two countries, to 20 years in prison.

Three female soldiers from the original group arrested in July were sentenced to death in absentia and released in early September.

The trial of the 46 Ivorian soldiers ended on Friday, after opening in the capital Bamako on Thursday.

The trial came ahead of a Jan. 1 deadline set by West African leaders for Mali to release the soldiers or face sanctions.

Prosecutor Ladji Sara said in a statement that the Ivorians were found guilty of “murder and conspiracy against the government and attempt to undermine state security.”

A journalist from Agence France-Presse pointed out that the trials were held behind closed doors and under tight security.

49 Ivorian soldiers were arrested after arriving at Bamako airport on 10 July. Three of them, all women, were later released.

The rest, dubbed “mercenaries” by the Malian junta, were accused the following month of trying to undermine state security.

Ivory Coast and the United Nations say troops were deployed to routinely protect the German contingent in the UN peacekeeping mission in Mali.

The row intensified in September when diplomatic sources in the region said Mali wanted Ivory Coast to acknowledge responsibility and express regret over the operation.

They said Bamako also wanted Ivory Coast to extradite people who had been in its territory since 2013 but were wanted in the country.

The sources said Ivory Coast had rejected both demands and was ready for lengthy negotiations for the release of the two men.

A delegation from Côte d’Ivoire traveled to Mali last week to talk about the crisis, and the Ivorian Ministry of Defense said it was “on the way to a solution”.

A deal reached between both countries last week leaves the door open for a pardon from Mali’s junta leader, Assimi Goita, who is due to deliver a national address on Saturday.

On December 4, the Economic Community of West African States (ECOWAS) established New Year’s Day as the deadline for the release of soldiers, under penalty of the bloc imposing new sanctions on the already struggling nation.