Mali To Criminalize Homosexuality With Soon To Be Drafted Law 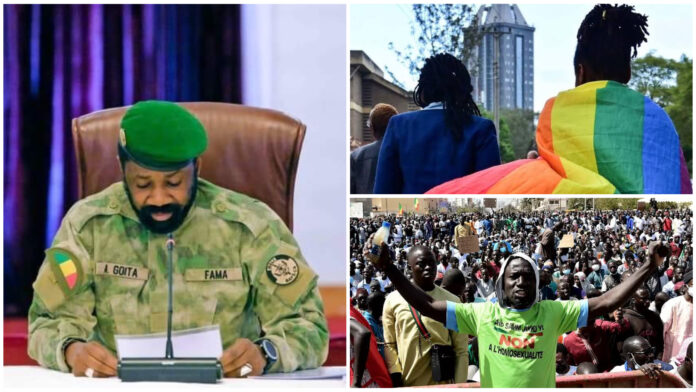 According to a high-ranking official of Mali’s government, the West African nation will criminalize homosexuality with a law that it hopes to draft soon.

“Homosexuality is an unnatural relationship. There were no specific penalties in the West African State of Mali. We will pass laws to ban it in our country,” declared the Malian Minister of Justice, Keeper of the Seals, Mahamadou Kassogue to the press.

The subject of homosexuality has since become a very sensitive one, especially in Africa.

Several nations within the continent have created and enforced laws ensuring the idea is either completely removed from the minds of their citizens or simply made sure that citizens understand that a punishment exists that fits the severity of the crime.

Likewise, the former President of The Gambia, Yahya Jammeh, declared: “We will fight these worms labeled as homosexual or gay, just as we fight these vermins, if not more aggressively.”

It appears that Mali’s next line of action has it’s senior justice officials sparking controversy with statements supporting the need to create a tough law against homosexuality.

While identification as “gay” doesn’t seem to upset the laws in countries like Senegal, it is the very practice of homosexuality that brings the long arm of the law to its full force.

Recall that in 2021 a group of parliamentarians from Senegal presented a proposal to strengthen the repression of homosexuality in the Muslim-majority West African country.

“The whole of Senegal is behind this bill. It is good that the United States, Canada, France and Europe know this: this is an issue for the Senegalese people,” said Mamadou Lamine Diallo, Senegalese MP.

“With the support of religious leaders, movement leaders and youth, this law will undoubtedly pass the National Assembly as it is a social demand,” said Imam Alioune Badara Ndao, a member of the Andd Samm Jikko Yi Association.

The bill aims to amend the Penal Code to “impose a sentence of five to ten years in prison and a fine of US$1,800 to US$8,000 without the possibility of appeal on any person found guilty of unnatural acts.”

“The Presidium of the National Assembly will meet shortly to decide on the admissibility of the proposal,” MP Mamadou Lamine Diallo said during a press conference in Dakar.

On May 23, 2021, several hundred protesters gathered in Dakar to ask the government to “urgently pass a law criminalizing homosexuality”.