Mali To Break Off From Defense Accord With France 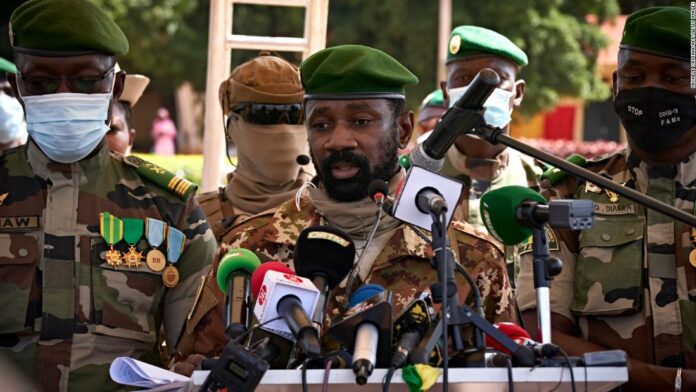 Mali’s ruling military generals have announced their desire to break the country’s defense accords with France. The ruling military cited France’s continuous infringement of its nation’s sovereignty. The subtle conflict between both parties became intense when the Military Junta of Mali claimed the French troops stationed in their country were a “flagrant violation.”

The cordial relationship Mali once enjoyed with France continues to deteriorate, as Mali’s recent announcement further damages the country’s interaction with its former colonial ruler. The announcement by Mali’s authorities came after they had made the said information available to Paris on Monday.

While France is yet to react to the announcement, spokesman Colonel Abdoulaye Maiga said in a televised statement; “For some time now, the government of the Republic of Mali notes regretfully a profound deterioration in military cooperation with France.”

Mali’s airspace has been repeatedly violated by French forces, which has affected Mali’s accord with France, Maiga noted.

He mentioned France’s decision to stop joint operations with Malian forces in June 2021. This decision was made in February to withdraw French troops from the West African country.

The agreements that have come to an end in Mali formed the foundation for France’s participation in Mali in 2014.

They were signed a year after France sent a major force to Mali to assist the army in stopping an armed group’s onslaught.

For some time, tensions between France and Mali’s military administration, which seized control in August 2020, had been building.

Mali’s Accord With France

Both France and the US have accused mercenaries from the Kremlin-linked security group Wagner of deploying and perpetrating human rights violations in Mali, where the government insists the Russians are simply military instructors assisting in the restoration of order. Due to armed group activity, which began in 2012 and escalated three years later to neighboring Burkina Faso and Niger; large parts of Mali are beyond government control.

Following protests over the government’s conduct in the fight against armed groups; the military seized power in the landlocked Sahel state.

Thousands of military and civilians died, and hundreds of thousands of people abandoned their homes as a result of the fighting.

The military promised to restore civilian government at first. However, it failed to follow through on earlier promises to the West African body ECOWAS to hold elections in February. This has since provoked regional sanctions on Mali.

UN Secretary-General Antonio Guterres called on Mali, Guinea, and Burkina Faso; all of which are now ruled by military governments; to return to civilian governance as soon as possible on Sunday.