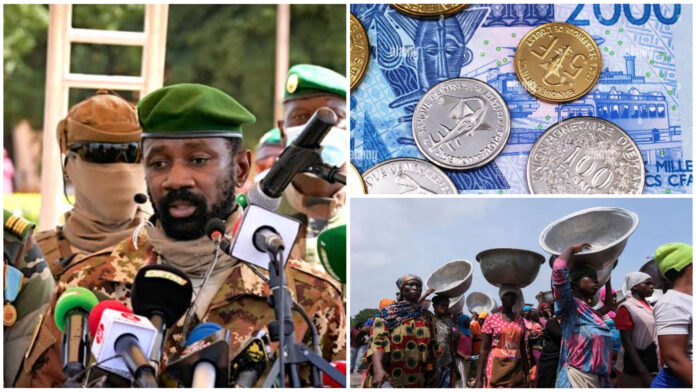 Mali’s Ministry of Finance said on Friday that the West African country had made all of its debt payments since economic and financial sanctions were lifted in early July.

As a result of the ECOWAS sanctions, the West African country earlier “failed to pay its debts” between January and July, according to the Ministry of Economy and Finance.

Friday’s announcement follows the lifting of sanctions decided by ECOWAS leaders in early July, after Mali’s military junta released a plan for a five-year government.

As a result of the sanctions, institutions such as the World Bank and the African Development Bank suspended payments to Mali, which was insolvent, mainly in the West African financial market.

The ruling junta bowed to ECOWAS demands by releasing a new electoral law and a shedule accepted by the West African organization that predicts presidential elections in February 2024.

Recall that Mali previously failed to make debt payments on around $40 million in government bonds, blaming sanctions imposed by the ECOWAS West African bloc on the country’s military junta.

Mali’s Ministry of Economy and Finance released a statement on Tuesday, saying recent sanctions had prevented it from paying nearly $5 million in government bond debt.