Marriage in Egypt: Where interfaith marriages are practically impossible 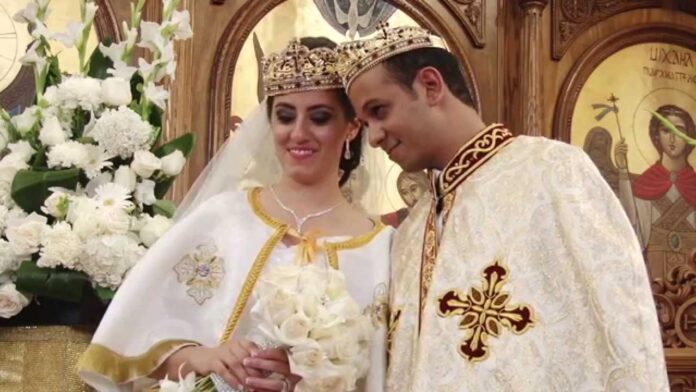 They display affection in different ways.

Stephanie Coontz, a popular author who wrote a book in 2005 about the history of marriage claims that love in marriage is a modern occurrence.

Egyptian marriages were hardly ever about love. Love is the stuff that poetry is made of. An Egyptian story from 2000 follows the philosophy that life is about filling your arms with children, kissing your wife and seeing your household successful.

Egyptian art always depicted happy and loving marriages and many wonder if it was not a smokescreen.

From another story from 1000 BC, there is the story of a princess who was locked in a tower because her father wanted to make a politically beneficial marriage. An Egyptian prince disguises as an exiled son of a minor official successfully woo the princess. Her father is displeased that she would not be marrying someone who is politically useful to him. So he attempts to put the young man to death and the princess promises to kill herself in retaliation. The father eventually gives in and allows them to marry. 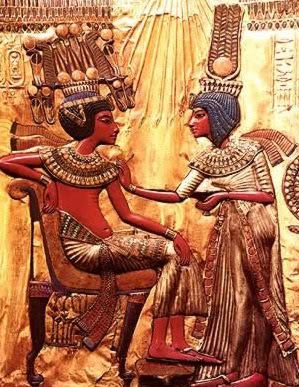 This story says something about the attitude of Egyptians. They long for loving marriages.

All their stories talk about the importance of marrying for love instead of politics.

In recent times, the popular thing in Egypt is being a part-time wife. Men and women are getting proposals to be part-time spouses in Egypt.

It was first proposed by Egyptian lawyer Ahmed Mahran, who brought it up as a way to solve the problem of millions of divorced and unmarried women in Egypt and the Arab world.

Under this proposal, a husband is allowed to take a second wife if he does not plan to live with her permanently. He can visit her a few hours a week and stay longer with his first wife. The Manager of the Cairo Centre for Legal and Political studies argue that the purpose of the initiative is to find a solution for the plight of millions of divorced women in Egypt and the Arab world.

What can be stopping both population from tying the knot?

According to the report, high marriage expenses and unemployment are the top two causes of late marriages according to this age category.

The idea of part-time marriage had gotten the ire of many in Egypt. They have aired their complaints via comments on social media.

Mahran insists that the religious leaders have approved

If you are marrying an Egyptian man, you should know what it entails.

University professor at the University of Menoufia, Enchad Alam El-Din, appears to be accepting of the idea of part-time marriage, saying it has been in existence in many families. He calls it a kind of polygamy.

Under Egyptian law, a husband is required to inform his wife that he wants another wife. If he gets married without informing his first wife, he runs the risk of facing six months jail term or a fine of two hundred pounds.

The penalties should be higher.

Another lecturer of Islamic thought and philosophy at Al-Azhar University insists there is no problem as long as there is consent and acceptance on both sides.

In the predominantly Sunni Muslim country of Egypt, Arab wedding traditions are steeped in Egyptian culture. They possess a flair that befits such a fascinating country with so much history.

Mahr: Money gifted as a dowry to the bride’s family

Zaghareet: a unique sound or ululation created by moving one’s tongue back and forth from side to side

How do you conduct an Egyptian wedding?

As is common in many Arab countries, female friends and family members have a henna party for the bride-to-be. The bride is clothed in a red shawl and a cap or crown on her head and she is carried to the bathhouse in a canopy. They then decorate the bride’s hands and feet with henna tattoo.

The wedding holds in a hall or mosque or in the bride’s home. No matter the venue, the families of the bride and groom sign the wedding contract and it is officiated by a Maa’zoun.

The bride will wear a jewel tones dress with a veil on the weeding day. The groom will dress in a ceremonial tribal costume. Women pinch the bride for good luck according to tradition.

When the ceremony ends, the father of the bride joins the hand of the groom and the bride and places a white cloth over it. They then repeat the words of the Maa’zoun.

After the ceremony, around 10 pm or so, the wedding procession—called the zaffa—moves to the reception, which often takes place at a local hotel. The bride arrives at the reception, called the kosha, with her father, and the groom waits for them at the venue. Once the bride comes, the groom removes her veil and kisses his bride on the cheek or forehead.

To mark the wedding celebration, guests traditionally enjoy a rosewater juice called sharpat, prepared from various fruits and herbs. During the reception, the newlyweds welcome their guests and take photographs while belly-dancers and singers entertain them. Guests will participate in the candelabra dance at some point during the evening, and the bride and groom cut the cake and feed each other.

When the reception is over, often in the early morning hours of the following day, the new couple will leave for the groom’s house. In rural areas, Egyptian marriage traditions include a colourful procession where the bride often travels by camel, accompanied by her wedding party. They will dance and sing along the route. It’s not uncommon for the women to express their joy through zaghareet, a unique sound or ululation created by moving her tongue back and forth from side to side. Whether Islamic or Coptic Christian, Egyptian wedding traditions celebrate the history and the vitality of Egypt.

Share
Facebook
Twitter
Pinterest
WhatsApp
Previous articleEgypt celebrates grand reopening of 3,000-year-old Avenue of Sphinxes with a line up 1,050 parade for the gods statues
Next articleThe life of Bolaji Badejo, the 6’10Ft Nigerian Giant who played the Role of Alien in the 1979 Classic movie