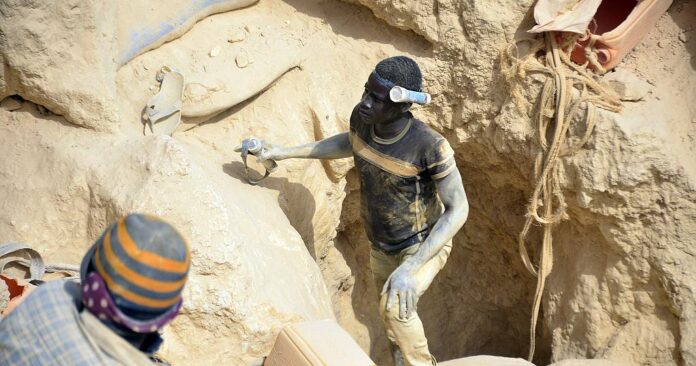 In Burkina Faso, it’s a race against time to save eight miners trapped within a mine.
The activities began on April 21st, following the flooding of the Perkoa zinc mine, where the miners are 700 meters underground.

Six Burkinabes, one Zambian, and one Tanzanian constitute the group. At least four mining companies are involved in the pumping activity. The families, on the other hand, are beginning to lose hope due to the operation’s glacial pace.

Shelters inside the mine, according to a local union spokesman, can endure certain living conditions for a fortnight, such as water and oxygen, but food remains a problem.

An earlier incident involving the deaths of approximately 60 persons comes to mind. This happened in February, and it continues to spark discussion about mine safety.

The deaths occurred in February in a market at the gold-mining site; after dynamite stored there caught fire. “The explosion uprooted trees and knock down buildings.” Hundreds of people sustained injury and had to be transported to the nearest hospital; the witness said.

Fatalities and injuries in Africa’s mining sector have increased recently. Though these fatalities are avoidable, South Africa’s Minister of Mineral Resources and Energy, Gwede Mantashe; stated in 2021 that worker safety must be prioritized.

“For the year 2021; the provisional number of recorded fatalities and injuries is 58 and 1810; respectively.” All employers should be aware of this.

Recall that Nordgold, a Russian gold mining company, announced the closure of its Taparko mine in Burkina Faso. It cited the force of circumstances due to the country’s security concerns.