Miriam Makeba, Her life and legacy 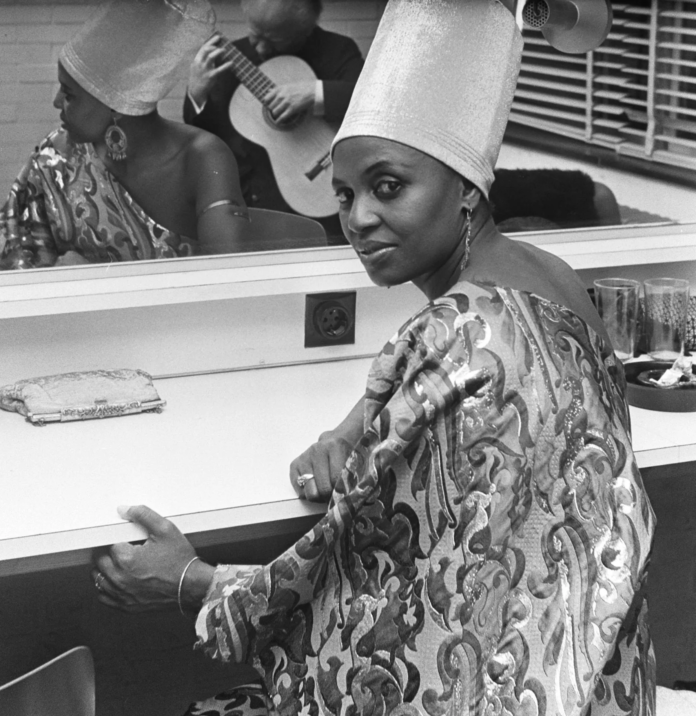 When the topic of African music comes up, someone familiar with it tends to think of acts like Wizkid, Burnaboy, Anjelique Kidjo, Fela Kuti, and Tiwa Savage amongst other excellent musicians whose names can constitute a 1 hour read separately on their own. But today we will dive into the life of a legend who lived her life differently and whose music spoke volumes. Mama Afrika which is an alias came to her as a result of her sustainable artistic contribution to the growth and development of African Entertainment

Miriam Makeba, the South-African legend known for her soul-touching and emotion-driving melodies coupled with her unprecedented rise to fame goes by the full name Zensi Miriam Makeba was born on  March 4, 1932, Prospect Township, near Johannesburg, South Africa, and died age 76 on November 10, 2008, Castel Volturno, near Naples, Italy. During the 20th century, Mama Afrika was one of the most prominent Black African performers in the world.

Born to a Swazi mother and a Xhosa father, Makeba grew up in Sophiatown, a segregated Black township outside of Johannesburg, and began singing in a school choir at an early age. She became a professional vocalist in 1954, performing primarily in southern Africa. By the late 1950s, her singing and recording had made her a household name in South Africa, and her appearance in the documentary film Come Back, Africa (1959) attracted the interest of Harry Belafonte and other American performers.

In 1959, she settled in the United States, where she embarked on a successful singing and recording career. She sang a variety of popular songs but especially excelled at Xhosa and Zulu songs, which she introduced to Western audiences.

She also became known for songs that were critical of apartheid. She testified against the South African government at the United Nations and became involved in the civil rights movement. In 1960 she was denied reentry into South Africa, and she lived in exile for three decades thereafter. In 1963 the South African government banned her records and revoked her passport. In 1964 she married trumpeter and fellow Belafonte protégé Hugh Masekela. Although the couple divorced two years later, they maintained a close professional relationship. In 1965 she and Belafonte won a Grammy Award for best folk recording for their album An Evening with Belafonte/Makeba.

After her divorce, Makeba married the American Black activist Stokely Carmichael in 1968 (divorced in 1979), a circumstance that led to the decline of her career in the United States. She relocated with Carmichael to Africa, settled in Guinea, and then moved to Belgium, continuing to record and tour in Africa and Europe.

Makeba was among the first African musicians to receive worldwide recognition. She brought African music to a Western audience and popularized the world music and Afropop genres.  Youssou N’Dour, Salif Keita, Ali Farka Touré, Baaba Maal, and Angélique Kidjo, with popularising the genre of world music. She also made popular several songs critical of apartheid, and became a symbol of opposition to the system, particularly after her right to return was revoked. Upon her death, former South African President Nelson Mandela said that “her music inspired a powerful sense of hope in all of us.”

Makeba was among the most visible Africans in the US; as a result, she was often emblematic of the continent of Africa for Americans. Her music earned her the moniker “Mama Africa”, and she was variously described as the “Empress of African Song”, the “Queen of South African music” and Africa’s “first superstar”.  Music scholar J. U. Jacobs said that Makeba’s music had “both been shaped by and given shape to black South African and American music”.

Her autobiography, Makeba: My Story (co-authored with James Hall), appeared in 1988. By the year 1990 the South African Black activist Nelson Mandela, who had just been released from his extended imprisonment, encouraged Makeba to return to South Africa, and she performed there in 1991 for the first time since her exile. Although she was plagued by health problems, she continued to perform in subsequent years, and she died of a heart attack shortly after giving a concert in Italy in 2008.

Among the songs for which she was internationally known as “Pata Pata” and one known as the “Click Song” in English (“Qongqothwane” in Xhosa); both featured the distinctive click sounds of her native Xhosa language. Makeba made 30 original albums, in addition to 19 compilation albums and appearances on the recordings of several other musicians.

Some of her very known songs were: