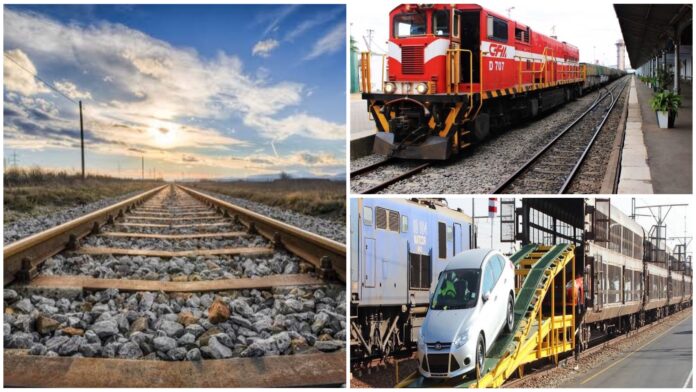 The Chairman of the Board of Directors of Mozambique’s Public Ports and Railway Company (CFM), Miguel Matabele, has announced the launch of an express train service to South Africa and Eswatini to facilitate the mobility of people and goods.

Matabele made the announcement on Saturday when Mozambique Prime Minister Adriano Maleiane visited the CFM booth at the Maputo International Trade Fair (FACIM).

Maleiane welcomed the initiative as the project will help solve the country’s traffic problems. He praised CFM for its “very strong contribution”.

In light of the agreement, trains operated by CFM and South African company TFR will now cross the border at Ressano Garcia without restrictions or the need for a change of rolling stock.

Thus, in an initial phase, the Maputo Corridor will have 21 trains per week transporting chrome and ferrochrome to the port of Maputo, compared to the current 15 trains per week.

As an immediate effect of the agreement, Goba Railway will double the number of daily coal trains from two to four. The amount of coal transported will also increase proportionally from 3,600 tons to 7,200 tons per day.