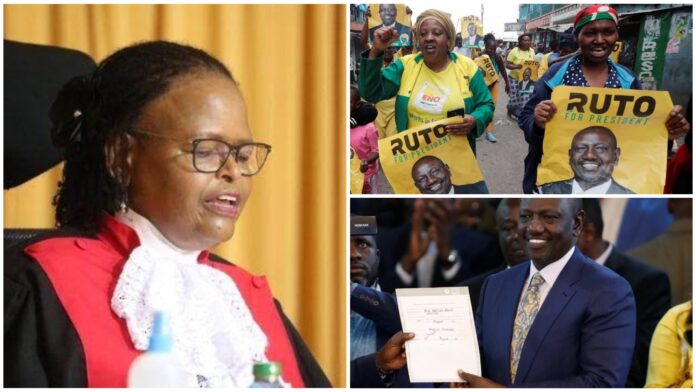 Kenya’s Supreme Court confirmed William Ruto as the winner of the country’s controversial national election, ending weeks of political uncertainty after the opposition – and election officials – questioned the count.

Ruto was declared the winner on August 15, amid a split within the electoral commission over the declared result, which showed the vice president won 50.5% of the vote, defeating longtime opposition leader Raila Odinga and avoiding a second round.

More than half of the commissioners opposed the vote, calling the process “opaque” and Odinga sued the court, alleging fraud, voter suppression and impunity from the commission chairman, who claimed to have acted unilaterally. It was Odinga’s fifth and probably last attempt as a presidential candidate.

However, after findings and questionings, the court found that there was no credible evidence of fraud, meddling or failure of the Electoral Council’s technology.

It also noted that there were valid reasons for postponing gubernatorial elections in certain areas (some of which were considered to be Odinga’s strongholds) and that there was no reason to believe that the postponement had affected turnout.

All election officials were involved in the process until shortly before the results were announced and there was no evidence that the process was “lacking of transparency” in a way that compromised the outcome.

“We validate the election of the president-elect,” Martha Koome, the chief justice, said in a televised ruling.

The verdict comes after a nearly two-week shutdown as the country awaited the court’s decision on the contentious election.

Ruto will take over the reins of East African power from outgoing President Uhuru Kenyatta. Kenyatta has a history of respecting unfavorable court rulings – including when his first victory in 2017 was overturned after a failed 2017 election – and is expected to hand over power to his deputy in the coming weeks.

While Ruto’s victory is seen as the end of a long stranglehold on the presidency by powerful dynasties, the new leader’s ultra-religious and conservative stance and poor human rights record have raised some public concerns.

Ruto was indicted at the International Criminal Court for crimes against humanity following violence in the country in 2007, but the case was dropped amid allegations of political interference and an environment that judges described as “hostile” to prosecutors and their witnesses.