Uganda Bans Music Festival For Being ‘Immoral, Linked to Sex, Drugs, and LGBTQ’ 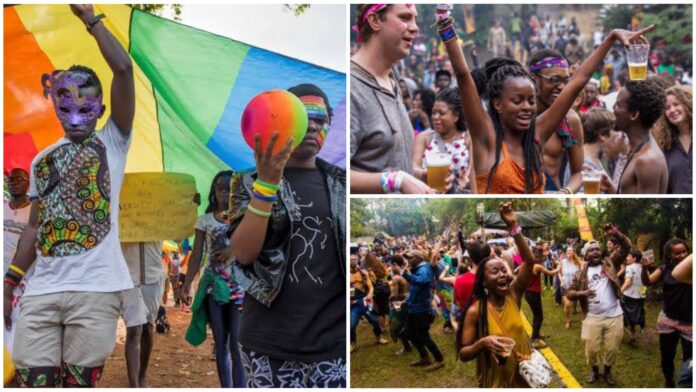 Uganda’s parliament on Tuesday banned a pop music festival, the second time that authorities have cracked down on the annual event on charges of promoting sex, drugs and homosexuality.

The four-day “Nyege Nyege” festival on the banks of the Nile in the southern city of Jinja brings together artists from across Africa to entertain around 10,000 fans and usually takes place in September.

However, nine days before the event resumed – following a pandemic-related shutdown since 2020 – Parliament said on Twitter that it had “discontinued the ‘Nyege Nyege’ festival, an annual social event due to take place next week”.

Uganda’s Minister of Ethics and Integrity, Rose Lilly Akello told reporters that the festival “promotes a lot of immorality and that immorality is something that is not welcome in our country”.

Uganda’s Minister of State for Tourism Martin Mugarura told AFP the ban would have a devastating impact on the economy as the travel industry recovers from the Covid-19 pandemic.

“More than 8,000 foreign tourists have already booked tickets and are expected to stay in the country during the festival and beyond,” he said.

“We hope there will be a reversal of this decision,” he added.

But he had to lift the ban just a day later after outrage on social media.

Lokodo, who died in January, said at the time that the event encouraged “the celebration and recruitment of young people into homosexuality.”

“Even the name of the festival is provocative. It means ‘sex, sex’ or desire for sex,” he said.

Nyege Nyege means an irresistible urge to dance in the local Luganda language, but it can have sexual connotations in other languages of the region.

Uganda is notorious for its intolerance of homosexuality – which is criminalized in the country – and for strictly Christian views on sexuality in general.

In 2013, Ugandan lawmakers passed a law requiring life in prison for people caught having gay sex, although a court later refuted the law.