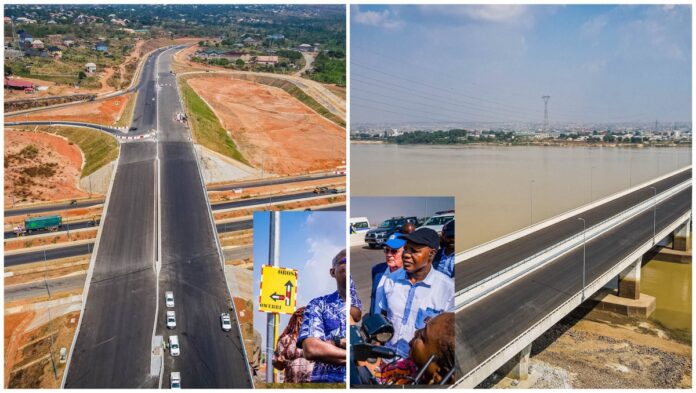 The federal government has ordered the second Niger Bridge to open for use from midnight on Thursday.

The Minister of Construction, Mr. Babatunde Fashola, SAN, said as much on Wednesday as he opened the bridge for a month over Christmas.

Fashola, who crossed the bridge during the inspection, advised road users to cross the bridge, and drive safely and responsibly so as not to affect the project’s construction goal.

The minister pointed out that President Major General Muhammad Buhari’s (retired) goal in completing the bridge is to save lives and alleviate poverty caused by wasting many hours as a result of the standstill on the old First Bridge of Nigeria arises.

He noted that the opening of the second Niger Bridge would ease the suffering of motorists who have always suffered from traffic jams during the Christmas season.

He said it would be pointless if bridge users became reckless and involved in unnecessary mishaps.

He explained that some of the money used to build the bridge was looted, most of it from the United States of America.

He said: “Many people have been talking about a solution, but the government led by President Muhammadu Buhari has decided to build the bridge at all costs. Some of the money stolen from Nigeria came from the US.”

“The result is what we see now: When people talk about poverty, it is usually not monetary poverty, but multidimensional poverty.”

“If you spend two to three days crossing a bridge, that is poverty because it only takes a few minutes to become more productive.”

“The President agreed that once the bridge is complete, we should build an access road so we can start feeling what the bridge will look like by Christmas.”