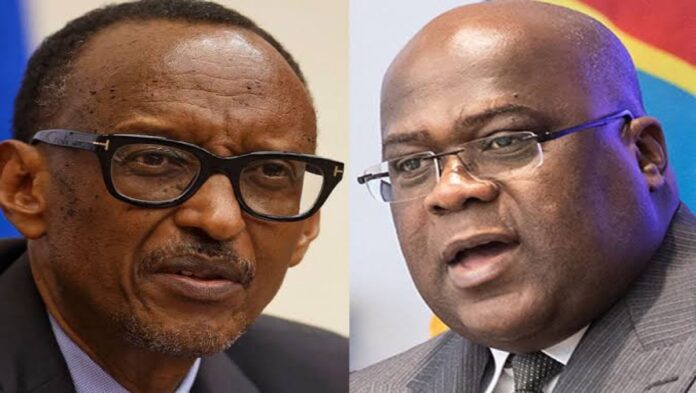 Rwanda’s President Paul Kagame ignored the rising death toll in eastern Democratic Republic of the Congo (DRC) and on Wednesday distanced his country from the mounting bloodshed on Rwanda’s doorstep.

“The problem was not created by Rwanda, it is not a Rwandan problem. It’s a Congo problem,” Kagame told an audience outside the US-Africa summit in Washington.

A preliminary investigation by the United Nations Mission in the Democratic Republic of the Congo (MONUC) found that 131 men, women and children were shot dead or stabbed to death by M23 rebels late last month as part of reprisals against the civilian population.

The rebellion is believed to be armed and supported by Rwanda, but Kagame has denied any connection to the group’s actions.

Fighting in the East Kivu region has exacerbated already strained relations between the Democratic Republic of Congo (DRC) and Rwanda.

Kinshasa expelled the Rwandan ambassador on October 29. DRC President Felix Tshisekedi, speaking in a meeting with US Secretary of State Antony Blinken on Tuesday, said his country was the victim of “hidden aggression, but it originated in Rwanda and it is destabilizing”.

The top UN official on the conflict told the Security Council last week that the March 23 armed group was responsible for the security situation that began on October 20 and has “deteriorated significantly”.

“Some 370,000 people were uprooted and displaced from their homes by the M23 in the latest round of hostilities,” Bintou Keita said.

She added that armed militants from the March 23 Movement were advancing on the city of Goma, which has a population of about one million and is the headquarters of United Nations humanitarian operations in eastern DRC.

Kagame said he doesn’t yet know if he will meet US President Joe Biden during the summit.

When asked what he would say to Biden if a one-on-one meeting were agreed, Kagame said: “Africa should not be ignored. Africa shouldn’t just be seen as a place with problems.”

Kagame acknowledged that while both China and the United States are fighting for influence in Africa, his country and other African countries will seek to avoid a “US-China election.”