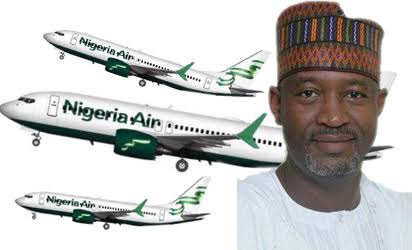 Nigeria’s Aviation Minister, Hadi Sirika said that all preparations for the establishment of the national carrier, “Nigeria Air” have been completed and the airline will be launched in six to eight weeks.

The minister had also mentioned that the airline had started recruiting pilots and cabin crew and that the plane would arrive in the country within a week.

Speaking yesterday at a press conference in Abuja, the minister said that the entire business case for the launch of the airline must be approved by the Federal Executive Council (FEC).

The Minister said: “After a careful and detailed selection process controlled by the Infrastructure Concessions Regulatory Commission (ICRC), the Ethiopian Airlines (ET) consortium has been selected as the preferred bidder, offering a consortium owned by three Nigerian MRS investors. , SAHCO and Sovereign Fund of Nigeria (46%) FGN at 5% and ET at 49%.

“The consortium underwent a due diligence process, after which the contract will be negotiated between the consortium and FGN, resulting in a complete business case that must be approved by the Federal Executive Council (FEC).

About the money spent so far, the minister said; “The money spent to launch Nigeria Air (approximately N$400 million) for all requirements to establish an AOC and be licensed to commence operations is well within the five percent total capital investment required by the Federal Government of Nigeria to complete and Establish national airline first for AOC approval. He explained that anything else requires strict national aviation regulations as required by the FEC approved Outline Business Case (OBC).