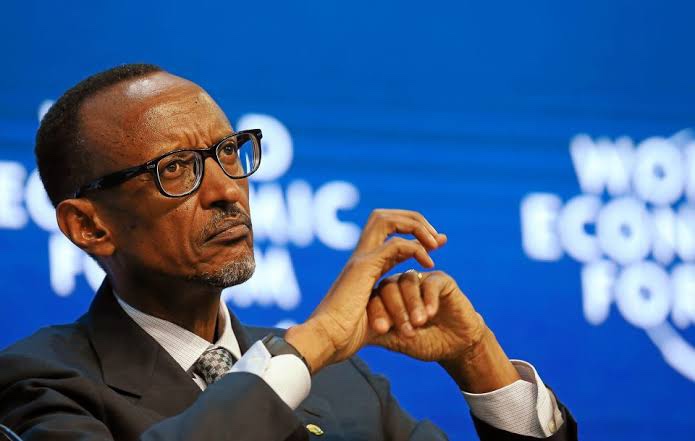 Rwandan President, Paul Kagame, has revealed his plans to run for President in 2024 in a bid to seek a fourth term.

Speaking to France 24, he said: “I would consider running for another 20 years. I have no problem with that. Elections are about people voting.”

However, the last presidential election five years ago, in which Kagame received 99% of the vote, was controversial.

Following Kagame’s announcement, Lewis Mudge, Human Rights Watch’s director for Central Africa, said: “What’s surprising is that some people are really surprised. Rwanda is a country where it is very, very dangerous to challenge the government, let alone be a political opponent.”

In 1994, when he was 36, Kagame’s RPF party expelled the Hutu extremists responsible for the notorious genocide that killed an estimated 800,000 Tutsis. He was considered the de facto ruler from then until 2000, serving under his predecessor as vice president and secretary of defense.

In 2003, Rwanda’s constitution was amended, stating that presidents would serve a seven-year term, renewable once.

However, another change in 2015 removed the seven-year term and allows presidents to serve two five-year terms starting in 2017, allowing Kagame to run for his third term. Rwandans supported the change, as the 2015 constitutional amendment referendum had more than 90% of the votes.

Rwandan government critic Charles Kambanda, a US lawyer and university professor, worries about the country’s future, saying: “If it continues like this for 20 years, Rwanda will be hell.”

However, after the 2017 election, Human Rights Watch released evidence that election officials forced voters to vote in plain sight and even voted for voters who did not turn up.

Ida Sawyer, former Human Rights Watch director for Central Africa, said at the time: “Kagame’s landslide victory came as no surprise in a context where Rwandans who dared to speak out or challenge the existing state of affairs were arrested.

He claimed that the Rwandan authorities took no chances in the presidential election as the repression continued, despite the poor prospects for an opposition candidate.”