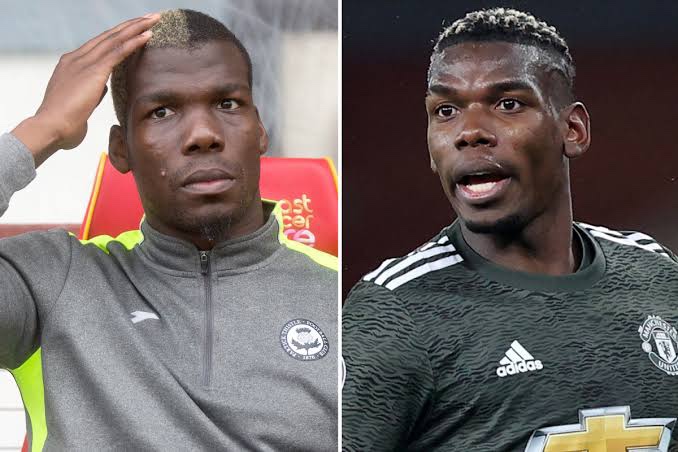 A bizarre feud between the Pogba brothers came to a head after Mathias Pogba, who plays for ASM Belfort in France’s fourth division and is the older brother of Juventus and France midfielder Paul Pogba, said he would reveal information about his brothers that would lead to people questioning their character.

The story, narrated by Mathias, involves PSG striker Kylian Mbappé and a sorcerer, with the elder Pogba claiming that his brother enlisted the services of a purveyor of black magic to curse his international teammate.

As France Info reports, Pogba Sr. states that Paul went to a sorcerer to curse Mbappé for reasons unknown, with Mathias calling his brother “a Muslim deeply into sorcery”.

Separately, according to the RMC, Pogba filed a complaint with the police about an alleged extortion attempt involving organized criminals, childhood friends and his brother Mathias, who are allegedly trying to extort €13 million from the France international football star for ‘services rendered’.

Pogba made a statement to France’s organized crime branch that he was being blackmailed by the group.

A source close to the case told AFP that French police had launched an investigation into the alleged multi-million-euro extortion scheme.

According to CNEWs, the former Manchester United Player, confirmed to police investigators that he paid money to a sorcerer.

While Mathias Pogba accused him of paying Sorcerers to curse Kylian Mbappe, Paul Pogba admitted to having paid money to a sorcerer to protect himself and not to curse teammate Kylian Mbappe.

But in a fierce reaction to the latest updates on the case, Mathias Pogba called his brother’s actions “witchcraft” and claimed that “because of fame and money” his brother “has long lost his grip on reality”.

“So I ask myself: why be so quick to claim that what I had to say was only about witchcraft?

“Why would it be difficult to talk about so-called blackmail in this case? So wouldn’t it be better to hit that big brother is just a jealous, money-hungry person who is willing to do anything to discredit them before they speak? Isn’t that what all the fake accounts in my name are about? No, we don’t accept conspiracies here!

Further revelations claim that the World champion paid 100,000 euros ($100,000) to an organized group, which included his brother, who was trying to extort millions from him.

According to France Info, a police file in the case said Paul was asked to hand over €13 million (£11 million) by hooded gunmen with M16 assault rifles.

This was a “protection money” that covered €1 million a year from the age of 16, when he became a professional football player, according to the inquiry source.

French prosecutors are investigating allegations that Pogba was blackmailed by his brother Mathias Pogba and childhood friends. They demanded 13 million euros from the French midfielder and repeatedly bullied him, claiming that he did not support them after becoming an international football star.

An official close to the investigation confirmed to the Associated Press on Tuesday that Pogba had told investigators he had already paid €100,000. The official spoke on condition of anonymity, in line with official practice during an ongoing investigation.

According to French media reports, Paul Pogba told investigators that the blackmailers wanted to discredit him, claiming he asked a healer to cast a spell on another French star, Kylian Mbappe. Paul Pogba denied the allegation.