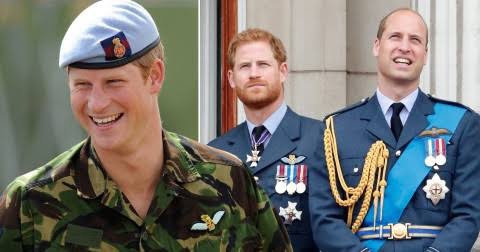 Prince Harry will not appear in his military uniform at any of the events surrounding the death of Queen Elizabeth II and the upcoming funeral.

According to various reports, the 37-year-old Duke of Sussex will not be able to wear his uniform at any of the official events, including the vigil at Westminster Abbey.

After his retirement as a senior member of the royal family in 2020, Harry was forced to resign from his honorary military appointments.

His uncle Prince Andrew was also stripped of his military affiliation in January 2022 as part of his legal battle over his alleged sexual misconduct – which he has denied – and involvement with Jeffrey Epstein.

However, various media outlets report that while Andrew cannot wear his uniform at various events, he may wear it at the Westminster vigil as a mark of respect for the Queen.

This news comes after Harry referred to his grandmother as his “Commander-in-Chief” in a touching tribute.

In the 2020 book Finding Freedom: Harry and Meghan and the Making of the Modern Royal Family, royal reporters Omid Scobie and Carolyn Durand wrote that losing their honorary military appointments was the hardest part of stepping down as royalty.

A retired soldier, Harry, served in the Army for 10 years, rose to the rank of captain and did two tours of duty in Afghanistan.

Harry’s commitment to the military was evident in much of his professional work. His most notable achievement for the veteran community is the creation of the Invictus Games, a sporting competition for wounded servicemen.

“Then you will publicly see the difference between who is a working royal and who is not,” said Nikkhah, who is a royal editor for the Sunday Times.

During Prince Philip’s funeral last year, she said, Queen Elizabeth II decided that “everyone should wear suits”, so “everyone is equal”.

King Charles III chose a different approach, also because the occasion is different.

“This is the first state funeral for a monarch since 1952,” Nikkhah said. “It’s huge. And that’s why he wants everything technically right, and it’s only technically right that only working royals wear military uniforms.”

The decision will likely be “painful” for Harry, she said, as he has served two missions in Afghanistan and has done “a tremendous amount of military service”.