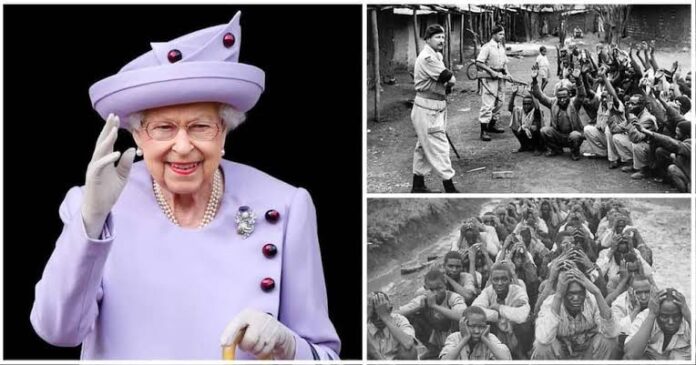 As the death of Queen Elizabeth II was being mourned by millions around the world on Thursday, it also reinvigorated criticism of her legacy and demonstrated the complex sentiments of those who saw her as a symbol of the British colonial empire – an institution marred by violence, robbery, and oppression, through which it was enriched.

“If anyone would expect me to express anything other than contempt for a monarch who oversaw a government that supported the genocide and expulsion half my family and which those alive today are still trying to overcome, you can imagine continuing to wish for a star. Uju Anya, assistant professor of second language learning at Carnegie Mellon University, tweeted Thursday afternoon.

Her tweet has been retweeted more than 10,000 times and garnered nearly 38,000 likes as of Thursday night. Anya did not immediately respond to requests for phone interviews. However, she soon gave her side of the story and it seems to resemble the tale of many Africans.

“Since the first generation of my family was not born in a British colony, I danced on the graves of every member of the royal family,” Zoe Samudzi, a Zimbabwean American author and assistant professor of photography at the Rhode Island School of Design, wrote on Twitter.

While Elizabeth reigned as Britain navigated the post-colonial era, she was still connected to her colonial past, rooted in racism and violence against Asian and African colonies. In recent years there have been increasing calls for the monarchy to embrace its colonial past.

According to Matthew Smith, professor of history at University College London and director of the Center for the Study of the Legacies of British Slave Ownership, mentioned over the phone from London, “I think when people express these feelings, they’re not thinking specifically of Queen Elizabeth.”

“They look at the British monarchy as an institution and its relationship to the systems of forced labour, oppression and cynical labor, particularly in Africa, and to the exploitation of natural resources and coercive control regimes in those regions.” And they usually respond to that. This is a system that goes beyond Queen Elizabeth the Queen.”

The Queen died less than a year after Barbados deposed her as head of state and transformed her into a republic, partly due to growing criticism of the monarchy in the Caribbean countries. Others, including Jamaica, said they would declare their independence.

Smith, who was born in Jamaica, where he has lived most of his life, said some people in the Caribbean seem to be deeply mourning the Queen, particularly older generations who may remember seeing her on one of her visits to have seen the islands.

Part of what made the queen so popular in the Caribbean was that she played her role in a way that seemed completely at odds with how people understood British royalty, Smith said, adding that her personality and the fact that she is a woman also sets her apart. “She didn’t look like a historical queen,” he said, and “accepted the throne when she was young.”