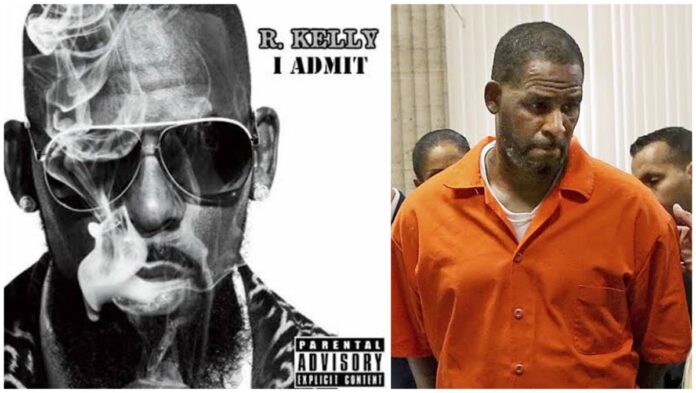 R. Kelly, who is currently serving a 30-year sentence for racketeering and sex trafficking, managed to release the album which he titled, “I Admit.” However, the artistic body of work has since sparked controversy on and offline.

The 13-track album ended with “R. Kelly”, which was first released on SoundCloud in 2018.

In one of the album’s songs, the “I Believe I Can Fly” singer admitted to meeting with fans while indirectly protesting a list of sex crimes he has been accused of.

“You’ve been brainwashed, really? Really kidnapped? Can’t they really eat? He said in the lyrics of one of the songs.

Also, read; Ghana Says it Will Send Nurses to UK for Financial Benefits

The album “I Admit” was briefly available on Apple and Spotify in the early hours of Friday before being removed from both platforms.

In June 2022, R. Kelly was sentenced to 30 years in prison after US District Judge Ann Donnelly heard multiple testimonies from survivors that confirmed how the 55-year-old man’s behavior traumatized them as a child.

Meanwhile, the R&B singer faces additional penalties for a child pornography conviction in Illinois on February 23, 2023.

R. Kelly’s popularity skyrocketed in the weeks following his sex trafficking and racketeering convictions last September, with a 55 percent surge in radio and a 14 percent surge in streaming, according to data provided to Billboard.

Rolling Stone reported that album sales also rose 517% in the week after he pleaded guilty, while video streams increased 23%.

Although Kelly’s music has seen an increase in streams, streaming services like Apple Music and Spotify have “muted” his catalog, by their policies on public hateful content – removing Kelly’s music from promoted playlists despite his music being available on platforms still.