Rabih az-Zubayr: The Sudanese Warlord Who was Beheaded For Fighting Against French Colonialists 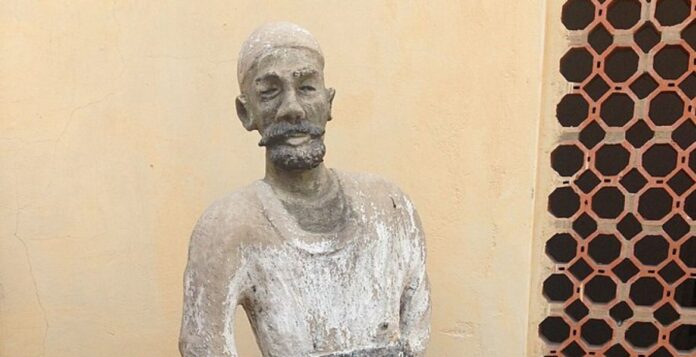 Rabih az-Zubayr, popularly known as Rabah in French, was a Sudanese warlord and slave trader who built a formidable empire east of Lake Chad in modern-day Chad.

Born circa 1842 to an Arabic tribe in Halfaya Al-Muluk, a Khartoum suburb, he first served with the irregular Egyptian cavalry in the Ethiopian expedition, where he was wounded.

When Rabih az-Zubayr left the army in the 1860s, he became the chief lieutenant of Sudanese slaveholder Sebehr Rahma.

Rabih az-Zubayr, a Nubian chieftain, antagonized the French in 1899 by hanging one of their explorers.

After Rabih destroyed their punitive mission, the French launched three columns against his dominion surrounding Lake Chad, one from each of their key African bases (Congo, Algeria, and Senegal).

The French were victorious this time, defeating and killing Rabih at the Battle of Kousséri.

Rabih was sold into slavery as a kid and later enlisted in the military service of Sudanese prince az-Zubayr Pasha.

Rabih was a devoted and talented soldier who climbed to command. When az-Zubayr rebelled against the Egyptian rule of Sudan in 1878, Rabih backed him up.

Rabih az-Zubayr, on the other hand, was defeated, and instead of surrendering like most of the rebels, Rabih fled to central Africa with roughly 400 supporters.

As a lieutenant, Rabih led a regular series of military operations in Borno, Darfur, to pillage and capture slaves.

It is claimed that his subordinate Mahdi as-Senoussi exported about 2,000 captives per year, excluding the deaths, wounded, and other losses he inflicted. Rabih’s totals must have been far greater.

In the nineteenth century, Khartoum had become an important Arab slave market, supplied by Khartumi enterprises formed in the region of Bahr el Ghazal, where they stayed in zarbas thornbush-fortified strongholds controlled by bzinqirs (firearm-equipped slave soldiers).

The warlord and slaveholder al-Zubayr Rahma Mansur took control of the region’s zaribas and was appointed pasha and governor of Bahr el Ghazal for the khedive Isma’il, ruler of Egypt, in 1872.

Rabih, who was possibly related to al-Zubayr, was the pasha’s chief lieutenant. Rabih az-Zubayr seized the Sultanate of Darfur in 1874. He traveled to Cairo in 1876 to request that the khedive officially legitimize his position in Darfur, but was instead imprisoned.

This resulted in the insurrection of al-son, Zubayr’s Suleyman, and his lieutenants, including as Rabih, in 1878.

In response, Sudan’s governor-general, Charles George Gordon, appointed Romolo Gessi as governor of Bahr el Ghazal and dispatched him to quash the uprising; Suleyman surrendered on July 15, 1879, and was executed.

Instead, Rabih az-Zubayr is claimed to have departed Suleyman the day before he surrendered, while Gessi says that he had already retreated in June, after suffering serious losses.

Rabih fled Egypt with 700-800 bazingiris and 400 guns after leaving the Bahr el Ghazal. Using Khartumi tactics, he carved out a kingdom between the Nile and Ubangi basins in the land of Kreich and Dar Benda, south of Ouaddai, which he completely destroyed.

In 1885, he attempted to return to Sudan after being invited by the Mahdi Muhammad Ahmad, who had conquered Khartoum from Egypt.

The Mahdi had dispatched diplomats Zin el-Abeddin and Jabar, and Rabih had followed them back to Darfur, proposing to meet the Mahdi at Omdurman; however, when he learned of a plot to kill him, he changed his mind and returned to Chad.

Rabih’s soldiers invaded Darfur in 1887, recruited bazingirs, and established in Dar Kouti; nevertheless, his campaign against the aguid Salamat Cherif ed-Din, leader of the Sultan of Ouaddai’s troops, was unsuccessful.

In 1890, he assaulted the Muslim chief Kobur in the north of Oubangui-Chari, ousted him, and installed his nephew Mahdi al-Senoussi in his place, over whom he imposed suzerainty.

The marriage of Khadija, the daughter of Al-Mahdi al-Senoussi, to Rabih’s son Fadlallah cemented this partnership. Mohammed and Rabih launched an attack on Dar Runga, Kreich, Goula, and ultimately Banda Ngao.

The partnership between Mohammed al-Senoussi and Rabih alarmed the colonial powers, particularly France, which was considering gaining control of central Africa.

Mohammed al-Senoussi stayed loyal to Rabih and murdered the Frenchman Paul Crampel at Dar Banda in 1891. Rabih recovered the weaponry from the trip.

In 1892, he attacked the Baguirmi Kingdom in the southeast of Lake Chad, accusing Mbang (king) Abd ar Rahman Gwaranga of signing a protectorate with the French.

Gwaranga was besieged at Manjaffa for three to five months and was eventually forced to flee his capital, which was entirely destroyed in March 1893.

In order to modernize his army, Rabih attempted, but failed, to reach an agreement with the Royal Niger Company in Yola and Ibi in 1895 to obtain gunpowder and munitions.

He began opposing the Company in 1896 and marched on Kano the following year, while his subordinate Muhammad al-Senussi in Dar al Kuti established a fortified capital, Ndele, between Bahr Aouk and the Ubangi River, which the Senussites controlled until 1911.

Rabih also focused his attention on the Borno Empire of Shehu (King) Ashimi of Borno in 1893.

Borno was a Sahelian kingdom that had been around for generations. The empire had 80,000 soldiers, largely slaves commanded by slaves, and was in full collapse that year.

On the way to Borno, Rabih imprisoned the Sultan of Karnak Logone, whose capital promptly welcomed him.

Shehu Ashimi of Borno dispatched 15,000 troops to attack Rabih, who routed them with only 2,000 horses in May or September 1893, first at Am Hobbio (south of Dekoa) and later at Legaroua.

Ashimi escaped north of the Komadougou Yobe, maybe to negotiate with Rabih, but he was slain at the behest of his nephew Kyari, who later became Shehu and resolved to battle Rabih.

The next day, Rabih assembled his warriors and instructed 100 lashes for all his bannermen, including his favorite son Fadlallah.

Only Boubakar, who had battled valiantly, was not killed. Then he launched a successful counter-offensive, and Kyari, who had refused to flee, was apprehended and executed. Kukawa, the capital city, was robbed and razed to the ground.

Rabih made Dikwa his capital and built a palace that eventually won the admiration of French governor Émile Gentil. According to local mythology, there was a water scarcity during building, so blood was mixed with sand to make the walls.

Also read: Amazons of Dahomey, The Story of the Fearless Female Warriors

In order to modernize his army, Rabih attempted but failed, to reach an agreement with the Royal Niger Company in Yola and Ibi in 1895 to obtain gunpowder and munitions.

He began opposing the Company in 1896 and marched on Kano the following year, while his subordinate Muhammad al-Senussi in Dar al Kuti established a fortified capital, Ndele, between Bahr Aouk and the Ubangi River, which the Senussites controlled until 1911.

Rabih was shehu of the Borno Empire for seven years, and he worked hard to revitalize a decrepit empire that had retained the same feudal arrangements it had in the 16th century.

Rabih retained the vassal sultans but subordinated them to his lieutenants, most of whom were Arab Sudanese like him.

He established a sharia-based legal system, simplified taxation through the development of a budget, and enforced a military dictatorship on Borno, attracting the attention of colonial powers.

Émile Gentil would subsequently speak of Rabih’s changes in Borno with enthusiasm; they would later inspire him to organize Chad’s territory.

Much is said about his harshness (for example, he once murdered one of his concubines for keeping a talisman aimed to earn Rabih’s affection, as well as the marabout who had interpreted the talisman); or about the hours he spent listening to Ali, the poet who sang his exploits.

Rabah had 10,000 troops and horsemen at his disposal in 1899, as well as a large number of volunteers armed with spears or bows.

Rabih received the French adventurer Ferdinand de Béhagle in Dekoa in 1899. Their arguments became heated, and Béhagle was detained.

Lieutenant Bretonnet, who had been assigned by France to fight Rabih, was killed together with the majority of his soldiers on July 17 during the battle of Togbao, near the Chari River in present-day Sarh.

Rabih obtained three cannons as a result of this battle and directed his son Fadlallah, whom he had left in Dikoa, to hang Béhagle.

The death of Rabih az-Zubayr

Rabih and the French had their final encounter on April 22, 1900. The French forces racked up 700 soldiers, plus the allied Baguirmi people’s 600 riflemen and 200 cavalries.

The French attacked Rabih’s camp in three columns, leaving Kousséri in the middle. Although the leader, Lamy, was killed in the next combat, Rabih’s forces were overrun, and Rabih was killed while fleeing across the Chari River.

Rabih’s dominion crumbled quickly after his defeat. His son Fadlallah was defeated and died a year later. Except for Borno, all of Rabih’s domains were captured by the French.

Disclaimer: this article was gotten from various sources, some of which are written below.