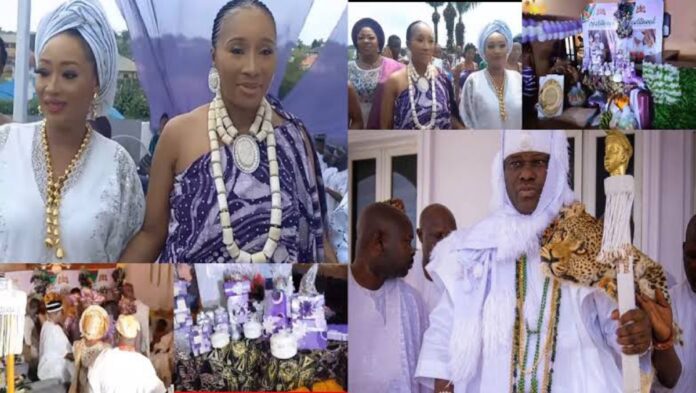 Ademiluyi is the great-granddaughter of the late Ooni Ajagun Ademiluyi, King of the Ife Kingdom in South West Nigeria. Staying royal, the fashion genius has married the current Ooni of Ife, becoming the Monarch’s fifth wife and sparking controversy among netizens.

Videos circulating online show the beautiful bride entering what looked like a wedding reception in style, as the Ooni’s chiefs propose to her.

As with his previous marriages, the Ooni was nowhere to be seen. Royal guards and maids, palace chiefs and royal officials were considered representatives of Ooni while the marriage rites were being performed.

More than 70,000 people attend Africa Fashion Week London every year, showcasing over 1,000 designers and exhibitors from Africa and the global diaspora.

To connect with young African designers across the continent who cannot afford the logistics of traveling to London to exhibit their work, she founded a sister event in Nigeria in 2014, Africa Fashion Week Nigeria.

She co-founded the international QMA initiative with her Imperial Majesty Ooni Adeyeye Enitan Ogunwusi, King of the Kingdom of Ife, and was named Global Ambassador of Queen Moremi’s Legacy in 2017.