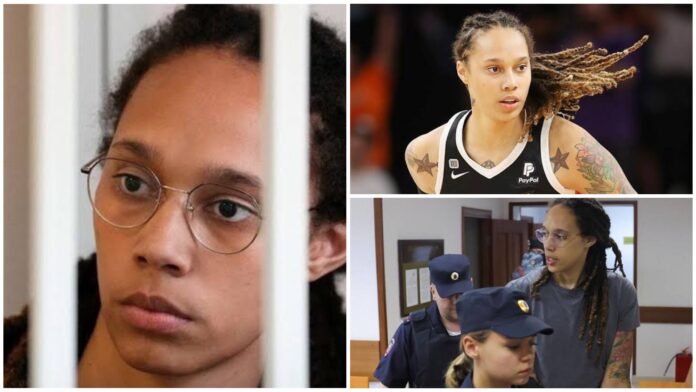 A Russian court has found American basketball star Brittney Griner guilty of drug smuggling and sentenced her to nine years in prison in a case that reached the highest levels of Russian-American diplomacy.

The court found the accused “guilty” of smuggling and possession of “a significant amount of narcotics”, Judge Anna Sotnikova told a court in the city of Khimki, outside Moscow. The player was also fined one million rubles ($16,300).

The American president, Joe Biden, Swiftly denounced the verdict, referring to it as “unacceptable,” as he also reiterated his calls for the athlete’s immediate release.

In reference to another American detained in Russia for espionage, he added, “My government will continue to work relentlessly and will do all possible to get Brittney and Paul Whelan home safely as soon as possible.”

Sotnikova said on Thursday that Griner committed the act “intentionally”. However, Griner testified during the trial that it was a mistake.

Since her arrest, Griner’s relatives, teammates and supporters have called on the US government to do what it can to press for her release.

Griner, a two-time Olympic gold medalist and star of the Women’s National Basketball Association (WNBA), was arrested at Moscow’s Sheremetyevo airport on February 17 as she was entering the country with e-cigarettes containing cannabis oil.

She called it an “honest mistake” when speaking in court ahead of sentencing on Thursday.

A week prior to Russia’s invasion of Ukraine, Graner’s arrest occurred amid escalating hostilities between Moscow and Washington.

Griner pleaded guilty at the start of her trial in July, claiming at the time that she did not intentionally bring the cans to Russia. Cannabis remains an illegal substance in Russia especially as it pertains to recreational purposes.

Griner’s lawyers said they plan to appeal the verdict and accused the court of ignoring evidence presented by the defense.

“Considering the amount of substance – not to mention the shortcomings of expert opinion – and the order, the verdict is entirely unreasonable,” his defense team said in a statement.

Attention will now turn to the high-risk captive exchange opportunity.

In July, the US State Department classified Griner as “wrongfully imprisoned” and placed her case under the supervision of the president’s special envoy for hostage affairs, effectively the administration’s top hostage negotiator.

Last week, US Secretary of State Antony Blinken spoke to his Russian counterpart Sergei Lavrov, urging him to accept a deal that would free Griner and Whelan.