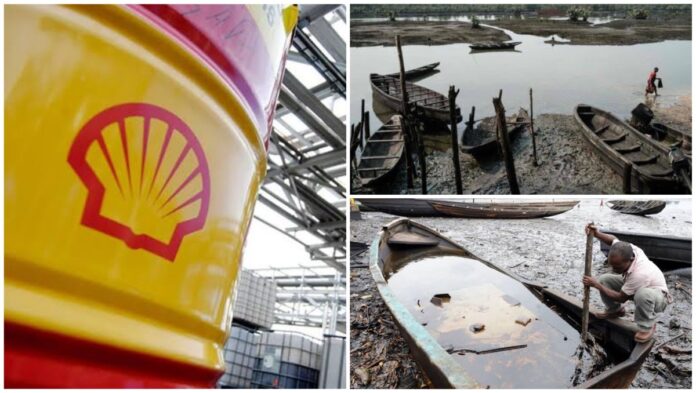 Shell (SHEL.L) said on Friday in a joint statement with the Dutch branch of ‘Friends of the Earth’ that it would pay 15 million euros ($15.9 million) to communities in Nigeria affected by multiple pipeline leaks, especially in the Niger Delta area of the country.

The compensation comes as a result of a Dutch court case brought by ‘Friends of the Earth’ that held Shell Nigeria responsible for last year’s oil spill and ordered it to pay compensation to farmers.

Recall that Nigeria’s Supreme Court had earlier allowed the local unit of Shell Plc (SHEL.L) to appeal a decision ordering the company to pay $1.8 billion in damages over an alleged leak in a dispute that blocked the sale of the company’s onshore assets.

The company said in June that it would halt sales of local assets pending a court ruling on an appeal by Shell subsidiary Petroleum Development Nigeria and its partner NNBC Ltd against a lower court ruling.

During this case, the Supreme Court ruled that it has jurisdiction over the matter and will consider the case. The court did not immediately set a date for the hearing.

The case began with a November 2020 Supreme Court decision ordering Shell to pay 800 billion naira ($1.8 billion) to communities in Igbalor Ipopo, Rivers state, who blamed the company for the oil spill, which damaged waterways and farms.

In March, an appeals court upheld the decision and ordered Shell to deposit the money into a court-controlled account.