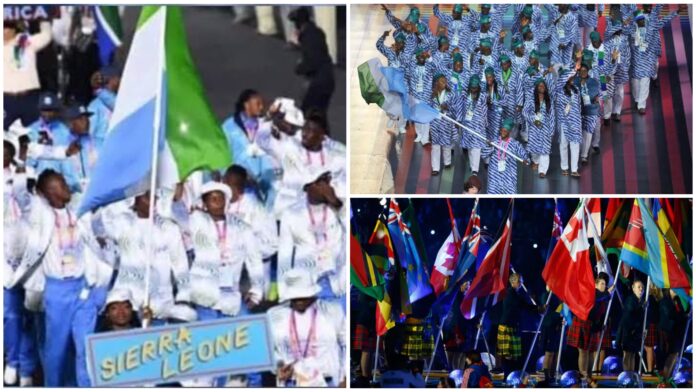 Popular Sierra Leonean politician Myk Berewa has posted on his Facebook page confirming the rumour of nine Sierra Leone sporting officials who have been reportedly missing in the 2022 Commonwealth Games in Birmingham, England.

Myk Berewa posted ” Rumoured that Nine members of the Sierra Leone officials that went to the  Commonwealth Games in the UK have gone missing.”

Ahead of the delegation’s departure to Birmingham, Sierra Leone First Lady Madam Fatima Jabbie Bio presented Team Uniform to the Athletes and officials and also called on them to put on their best performances during the games.

However, Despite the delegation’s activities with no medal to show, the British Commission posted on their Facebook page; “We celebrate their success of a Job well done and the unifying power that sport provides to overcome decision and encourage exclusivity.”

The British High Commissioner, Lisa Chesney welcomed the returning athletes who participated in the #CWG2022, alongside the Sierra Leone Commonwealth Committee.

Recall that a top sprinter from Sierra Leone, who disappeared after competing in last year’s Commonwealth Games in Glasgow, was taken off the streets after he was found “living rough” in London.

Jimmy Thoronka raced in the 4×100 metres relay but vanished at the end of the competition in August, along with several other athletes.

The Guardian newspaper said Thoronko was arrested on Friday night for overstaying his visa and is being held at police station in south London.

Before he was taken into custody, the 20-year-old claimed he was too afraid to return to Sierra Leone because of the Ebola virus.

“I was hoping to win a medal for my country. But during the games I got the terrible news that my uncle had died, probably from Ebola,” he told The Guardian.