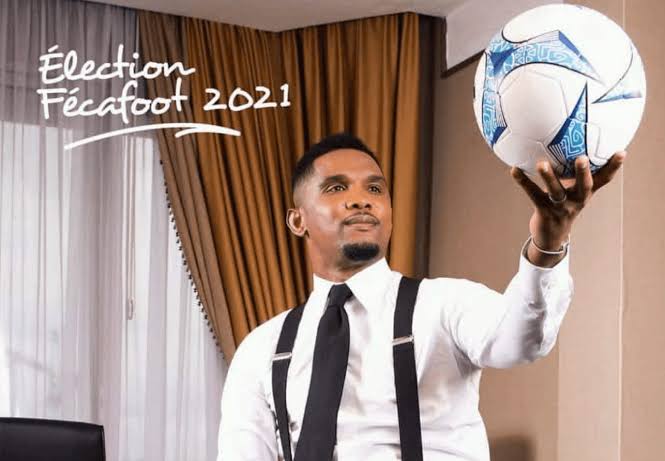 We previously reported that, the Four-time African Footballer of the Year Samuel Eto’o;  had submitted his candidacy to become his country Football Association President. And now he has finally been elected as president of the Cameroon Football Federation (FECAFOOT); deposing the incumbent after a disputed campaign a month before the country hosts the African Cup of Nations.

Samuel Eto’o was a Cameroon striker, who lifted the Champions League with Barcelona and Inter Milan. He won the election with 43 votes from members of FECAFOOT’s general assembly.

“We have to bring footballers to the centre of our policies,” he said afterwards. “It is our role to ensure that those who play this discipline make a decent living out of it.”

According to ESPN, The Outgoing president Seidou Mbombo Njoya, who is also a Confederation of African Football vice president, got 31 votes.

40 year old Eto’o, will take over an organization, that has long been tainted by infighting, mismanagement and allegations of corruption. 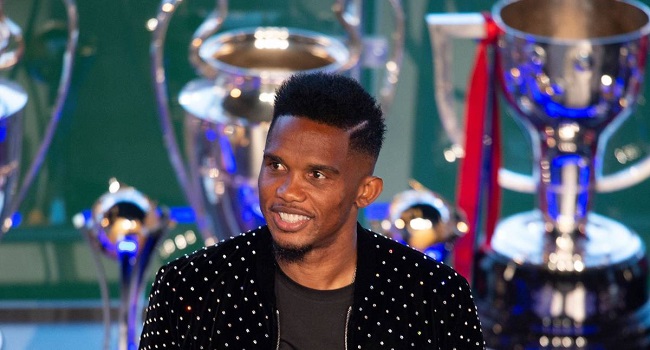 Eto’o had initially been disqualified from running because he is also a Spanish citizen, but the ruling that nobody with dual nationality could run for office was challenged and later tossed out.

He received widespread support from many former teammates in a high profile campaign during which he pledged to rid the game in Cameroon of corruption.

Cameroon will host the African Cup of Nations from January 9th to the 6th of February. It was stripped of the right to host the tournament in 2019 because of delays in preparation and security concerns.

Samuel Eto’o had won the African Cup of Nations tournament twice with the Indomitable Lions during his playing days.