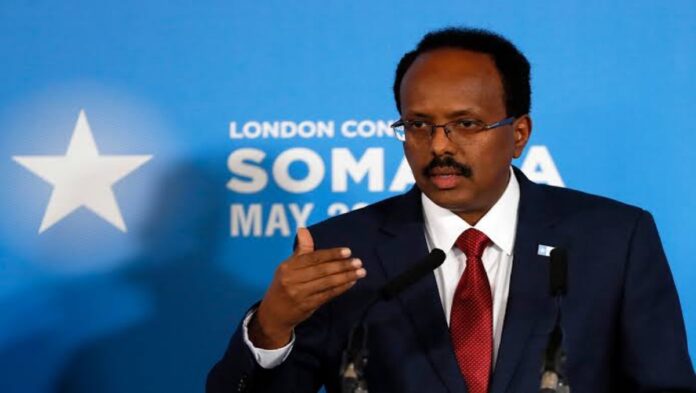 Somalia’s president said over the weekend that the vast majority of employees employed by the government are outside the country and not working.

Hassan Sheikh Mahmoud said 3,500 of the 5,000 people on the government payroll appear to be so-called ghost workers.

Somalia has condemned President Hassan Sheikh Mahmoud’s allegation that most government workers do not show up for work.

While there have been similar allegations in the past, the president’s statement was met with outrage and calls to action.

He points out that the government relies heavily on donor support to fund its budget, but pays people who don’t show up for work. Mahmoud says so-called ghost workers should be forced to pay their wages and prosecuted for corruption and breach of public trust.

Somalia’s national budget for 2023 is around US$960 million, of which more than two-thirds will come from donors.

University graduate Deka Elmi says the president and prime minister must quickly deal with the issue of ghost workers.

She says the government pays more than 3,500 people away from their desks, while students who have completed their studies are out of work. Elmi says the president and prime minister must do something about it urgently.

He said the government’s time and attendance system shows the number of officials present. Mahmoud says the machine doesn’t lie, it shows who puts their thumb in it. He adds that the number of officers is more than 5,000, but there are only 1,500.

Political scientist Mohamed Matan of the University of Somalia suspects that there are too many unemployed civil servants.

He says threats by al-Shabaab fighters directed at state officials may also be dismissed by some.

Mattan says the fear of young men has forced everyone to trust some and stay away from others. Although he indicates that civil servants cannot be fired, it has also led to his (work) disengagement. And even when they go to the office, says Mattan, they don’t work.

For the past two decades, Transparency International has ranked Somalia as one of the most corrupt countries in the world.

He says ghost workers should be removed from the civil service, which should be reformed.