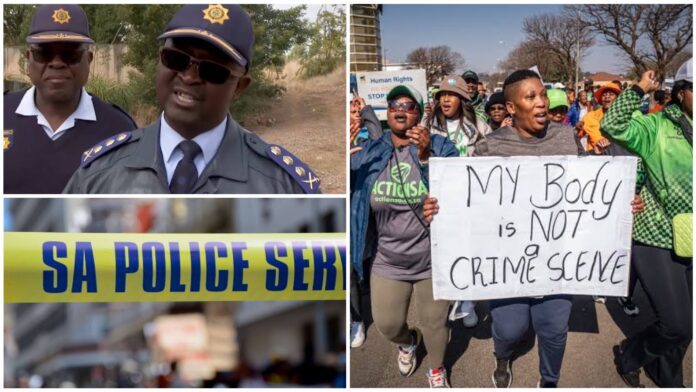 Over forty men have been arrested after the alleged gang rape of eight women while filming a music video in South Africa.

The men involved are expected to return to court on Wednesday as police arrested more artisanal miners accused by local communities of widespread violence.

The arrests on Tuesday near Krugersdorp, a town northwest of Johannesburg, bring the total number of people arrested since the attack to more than 120.

However, none of the men and boys arrested were charged with sexual assault or rape. Police said they hoped DNA testing in the coming days would link some of those arrested to the alleged gang rape.

The men, who are due to appear in court on Wednesday and believed to be miners working in South Africa’s dangerous abandoned mines, will face charges including possession of firearms and illegal mining.

Ramaphosa, in a statement, explained that these heinous crimes against humanity constitute an assault on the right of women and girls to live and work in safety and freedom.

To guarantee that these perpetrators are apprehended and dealt with in court, we kindly ask that communities cooperate with the police.

The attack took place at an abandoned mine in Krugersdorp, where a video crew of 22 people, including 12 women, filmed being attacked “by a group of armed men in blankets”, according to a police statement to the Associated Press.

The Gauteng Province Police Commissioner, Lieutenant Colonel Gen Elias Mawela, stated that the suspects “forced everyone to lie down and raped eight of the women and stole all their things before fleeing the scene.” He explained that the police are looking into 32 rape cases.

The attack once again highlighted the chronic problem of gender-based violence in South Africa. At least 10,818 rape cases were reported in the first three months of this year, an increase of 13.7% over the same period in 2021. Far from all these incidents are reported, and the actual number is likely to be much higher.