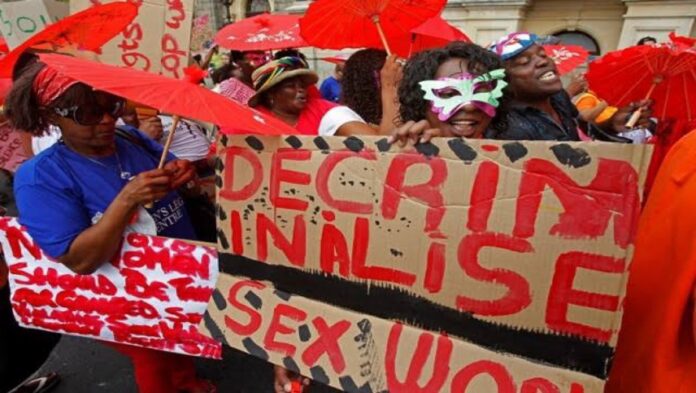 The South African government has unveiled a plan to decriminalize prostitution in hopes of stemming the rise in violence against women.

The offering and use of sexual services is not treated as a criminal offense under legislation introduced by the Ministry of Justice.

According to statistics, there are around 150,000 prostitutes in the country.

“Decriminalization is expected to lead to a decrease in human rights abuses against sex workers,” Justice Minister Ronald Lamola said at a news conference on Friday (December 9).

“It will also allow for better access to care and protection for sex workers, better working conditions and less discrimination and stigma,” he continued.

South Africa, one of the countries with the largest HIV epidemic in the world, has been hit by a wave of violence against women.

According to police data released last November, the number of rape and sexual assault cases increased by 13% between 2017-2018 and 2021-2022. A rape is reported to the police every 12 minutes, not counting those who never reported it.

According to South African President Cyril Ramaphosa, femicides increased by 52% in the first three months of the year compared to the same period last year.

“When sex workers are no longer classified as criminals, they will be better able to work with the police to address violence,” prostitute rights group SWEAT wrote on Facebook, hailing the bill as “incredible news.”

Recent incidents have rocked the country, including a crime spree that included the gang rape of eight women in July and the discovery of half a dozen bodies, some believed to be missing prostitutes, in a Johannesburg apartment building in October.

South Africa’s post-apartheid constitution is one of the most liberal in the world, allowing progressive laws on abortion and same-sex marriage, but sex workers have long suffered from stigma.

President Cyril Ramaphosa recently ruled that gender-based violence should be considered the country’s most important “pandemic” as not a day goes by without new “horrible” crimes being reported in the media.

The bill, which has been put into public consultation, deals only with decriminalization and does not regulate the sex industry, an issue the justice minister says will be discussed later. Parliament must then pass the law, a process that will take several months.