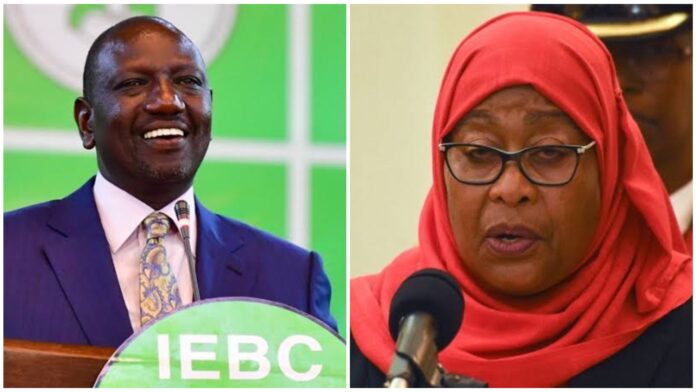 The presidents of Tanzania and Kenya agreed to accelerate the construction of a natural gas pipeline to boost trade and reduce energy costs for both countries.

The decision was made in bilateral talks in Dar es Salaam on Monday between Tanzanian President Samia Hassan and Kenyan President William Ruto during a two-day visit.

Last year, Hassan and then Kenyan President Uhuru Kenyatta signed an agreement in Nairobi to begin work on the pipeline project, but actual construction has yet to begin.

Tanzania imposed a 25% import tariff on Kenyan confectionery products in 2020 and said the country used duty-free industrial sugar imports to manufacture them.

Those differences were resolved when Hassan from Tanzania visited Nairobi last year to meet with Kenyatta.

At that time, 68 trade barriers between Tanzania and Kenya were identified, Hassan said, and 54 of those non-tariff barriers were removed. Trade and investment sector ministers were tasked with working on removing the remaining 14 barriers, Hassan said.

The planned natural gas pipeline will run around 600 kilometers between Dar es Salaam and Mombasa. There is no expected completion date.