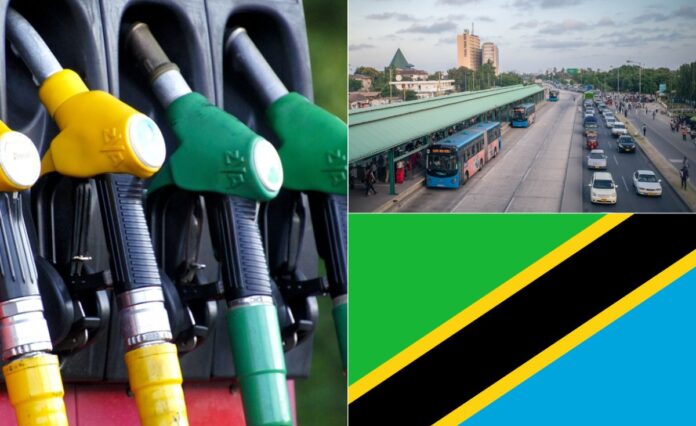 Tanzanian fuel prices have become increasingly expensive as the continuous conflict in Eastern Europe hurts the global oil market. According to recent updates, the latest cap prices for May show a continuous rise in prices, especially in African nations, including Tanzania.

Announced on Tuesday, the cap prices for petroleum products were released by the Energy and Water Utilities Regulatory Authority (EWURA). The report details the following; petrol will be sold at Tsh3,148 ($1.36); diesel at Tsh3,258 ($1.40) per liter at the pump in Dar es Salaam, which is up from Tsh2,861 ($1.23) and Tsh2,692 ($1.16); respectively, in April.The new prices, which take effect on Wednesday, May 4, represent a 9.5 percent increase for gasoline and a 17.1 percent increase for diesel, following increases of 12 and 21 percent in April, respectively.

EWURA in its announcement stated that “Prices of each petroleum product throughout the country will be computed based on the cost of the product received through the ports and the transport costs to the respective regions.”

According to EWURA, “about 93 percent” of the recent price changes were due to increased international oil market prices, with “approximately 4%” due to surcharges. Interestingly, the agency revealed that Tanzania isn’t alone in its troubles, as its gas prices are similar to that of neighboring countries.

Wholesale rates for petrol and diesel shipments offloaded at Tanzania’s main ports surpassed Tsh3,000 ($1.3 per liter) for the first time in April, prompting the announcement of the new retail prices.

Kerosene imports came solely through the port of Dar es Salaam and will be sold at a wholesale price of Tsh2,980 ($1.287) per liter, excluding transport costs to other regions of the country.

Read also; Mali To Break Off From Defense Accord With France