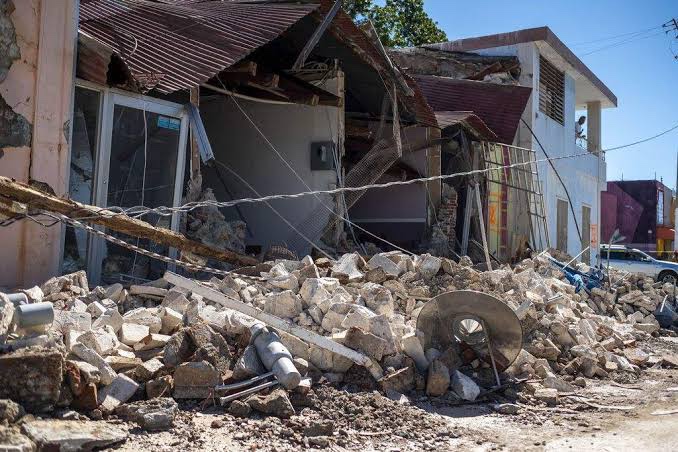 The Caribbean has been experiencing several earthquakes within the last few days.

According to reports, the latest earthquake recently recorded was a magnitude of 5.1 and was said to have hit the area on Saturday morning. According to the UWI Seismic Research Centre, the earthquake was recorded at 288km North-Northeast of Basseterre, Saint Kitts and Nevis.

While the above areas felt the effects of the earthquake, surrounding cities such as Antigua and Barbuda, and Guadeloupe also experienced its effect greatly. The earthquake began mildly with a recorded 3.8 at first and then 4.9 before the magnitude 5.1 was recorded.

Earlier on Friday, an earthquake was recorded in Trinidad and Tobago with a magnitude of 4.2. The research center quickly clarified that the collected data “simply signifies a release of energy along the fault line at that spot,” while the residents of the islands speculated on what this series of earthquakes meant for their islands.

The center has since advised residents of affected areas to visit the UWI Seismic Research Centre’s website and report any details if any such disaster is suspected to happen.

“The region has high seismicity and a history of high magnitude earthquakes, including a magnitude 7.5 earthquake centered northwest of Puerto Rico in 1943 and magnitude 8.1 and 6.9 earthquakes north of Hispaniola in 1946 and 1953, respectively,” the NOAA Ocean Exploration explains.

Over the past two years, two of such natural disasters have struck the Caribbean. One was a magnitude 7.7, which struck Jamaica, Cuba, and the Cayman Islands in 2020, and a magnitude 6.4 struck Puerto Rico. The other was in 2021 when a magnitude 7.2 earthquake struck Haiti.

Of course, Haiti isn’t new to such events considering that a well recorded magnitude 7 earthquake struck the small Island nation in 2010. Sadly, this led to the deaths of thousands of people.

Due to its interesting location, being close to the “fault lines of the Caribbean,” the island generally experiences more of such events.

The El Cibao earthquake in the Dominican Republic in 1946 is thought to be the greatest recorded earthquake in the Caribbean, with aftershocks lasting until 1947-48. The earthquake, which had a magnitude of 8.1, triggered a tsunami that killed 75 people and displaced 20,000 others.

The earthquake in Antigua on October 8, 1974 was the greatest earthquake in the Eastern Caribbean (St. Kitts-Nevis to Trinidad & Tobago region) since continuous instrumental monitoring began in the region. The quake had a magnitude of 7.5.

However, the Haiti Earthquake is considered the most dangerous for obvious reasons.

The 2010 earthquake in Haiti, the poorest country in the Western Hemisphere, was the most destructive natural disaster in the country’s history, affecting about 3 million people. Approximately 250,000 people died and 300,000 were injured. Approximately 1.5 million people were displaced and forced to live in improvised camps. As a result, the country was confronted with its largest humanitarian crisis in history.

Read also; 6 Simple Ways To Make Money On Facebook As an African