A Former South African President Frederik Willem de Klerk; who happens to be the last leader; under the apartheid era and a key actor in South Africa’s transition to its current democracy, has died; at age 85 as his foundation has announced.

“FW de Klerk died peacefully at his home in Fresnaye earlier this morning following his struggle against mesothelioma cancer,” the FW de Klerk Foundation said in a statement on Thursday. 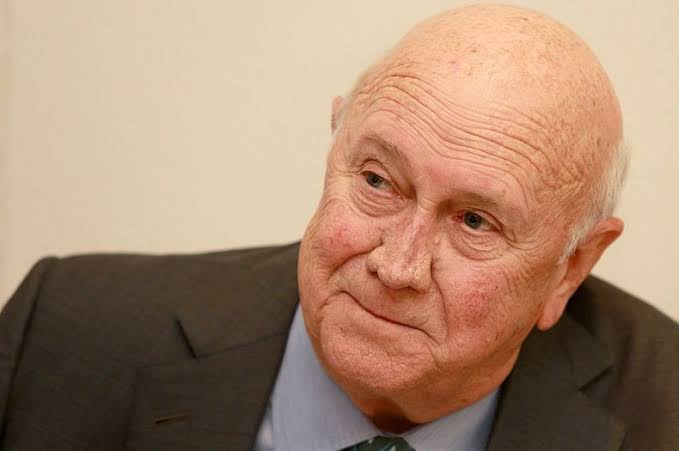 The late former President  and the first black President of South Africa, President Nelson Mandela shared the Nobel Peace Prize in 1993; for leading the “miracle” transition from minority-white rule in the country.

According to aljazeera, In February 1990, de Klerk delivered a speech at the country’s Parliament; announcing avant-garde reforms that marked the beginning of the negotiated transition from apartheid to democracy.

The associated reforms lifted the ban on the African National Congress (ANC) and other anti-apartheid organisations; and authorised the release of several political prisoners, which included Nelson Mandela. It also put a prohibition on the death penalty.

This historic speech marked the official end of segregation policies and heralded the start of the negotiations; that led to the eventual constitutional democracy with equal rights for all South Africans.

Amid the speech, several members of the then apartheid parliament left the chamber as de Klerk spoke. However, nine days after the speech,  Nelson Mandela walked free.

And By then, Nelson Mandela and de Klerk had been awarded the Nobel prize for their often-tense cooperation in moving South Africa away from institutionalised racism/apartheid and towards democracy.