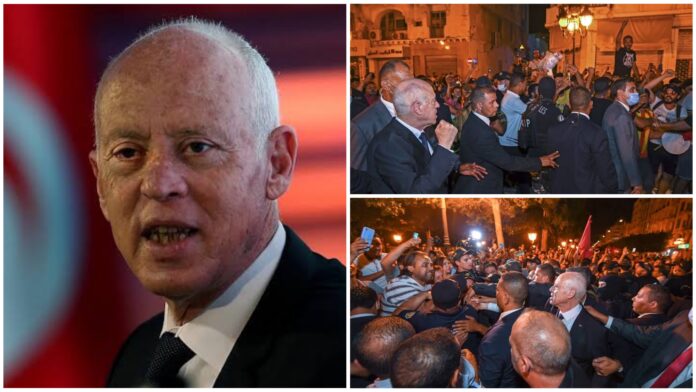 Voters approved the new constitution by an overwhelming majority, the election commission said, officially announcing the final results of the July 25 election.

However, Voter turnout was considered very low at 30.5 percent.

The referendum came exactly a year after Saied sacked several government officials and froze parliament in what rivals called some sort of “coup d’état.”

Despite low turnout, Saied’s move against a system that emerged after the fall of dictator Zine El Abidine Ben Ali in 2011 was well received by many Tunisians.

Many people were tired of high inflation and unemployment, political unrest, and a system that they felt had done little to improve their lives.

However, opposition politicians and human rights groups have warned against a return to dictatorship under the new constitution.

“The constitution will enter into force after the announcement of the final results, its promulgation by the president and its publication in the Official Gazette,” Bouasker said on Tuesday.

He said the rejection of appeals against the referendum process “confirms the integrity and transparency of ISIE”, the North African country’s electoral commission.

The new text gives the president command of the army, allows him to appoint a government without parliamentary approval and makes it virtually impossible to remove him from office.

He can also present bills to Parliament, which is obliged to give priority to them.

A second chamber is created within the Parliament, representing the regions and counterbalancing the Assembly.

Tunisia is mired in crisis with only 3% growth, almost 40% of young people unemployed and four million people out of a population of almost 12 million living in poverty.

For weeks, the highly indebted country has been negotiating a new loan with the International Monetary Fund, hoping to receive US$ 4 billion and also the possibility of opening other avenues of foreign aid, mainly European.