Despite Protests, Tunisian President Proceeds With Plans For New Constitution 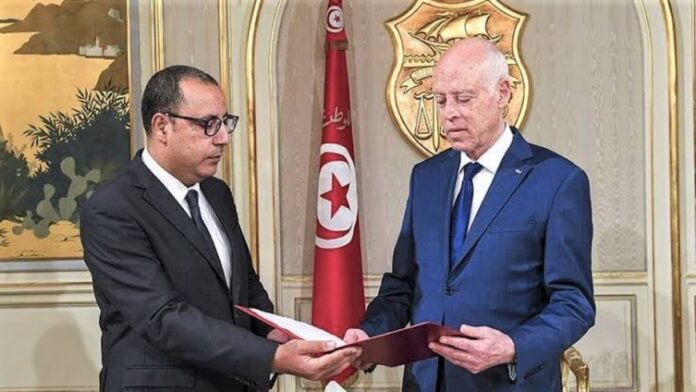 The Tunisian president, Kais Saied has proceeded with his plan to introduce a new constitution despite an outcry from Tunisian citizens.

Saied was presented with the first draft of the new proposed constitution on Monday, with a deadline to either edit or adopt it before June 30th.

The Tunisian referendum which is to occur on July 25th is expected to bring contributions from Tunisians to the table of political giants who then admit and considers the ideas before laws are made to exist to guard these ideas.

However, a constitutional edit is expected to be made on or before June 30th before said referendum.

Sadly, the Tunisian people are not convinced of the intentions of President Saied, who is believed to have become more concerned with initiating a continuous authority for his position.

We hope that this will satisfy Mr. President (Kais Saied, ed)”, said Sadok Belaïd, coordinator of the “National Consultative Commission for a New Republic” charged with drafting the new document.

The referendum will be held one year after Kais Saied’s power grab, which saw him sacking all the cabinet members and suspending an elected parliament.

Although Saied has blamed corruption for his decision to suspend elected parliament members, there are issues of trust among Tunisians who question his motive.

Recall that the present constitution, was adopted in 2014 after a complicated compromise between two bitter political enemies.

Unfortunately, the adoption of the Constitution enshrined a dual parliamentary-presidential system that frequently resulted in a political impasse that is now being replaced by President Kais.

Over a decade after the revolution that sparked the Arab Spring protests, the new constitution seem to be at the heart of Saied’s plan to rebuild Tunisia’s political system.

Ennahdha, an Islamist party, and other opposition groups were excluded from Saied’s “national conversation,” and have slammed his plan, accusing him of trying to impose a constitution tailored to his desires.