Despite The Bias, Two Africans Created a Startup Now Worth Billions 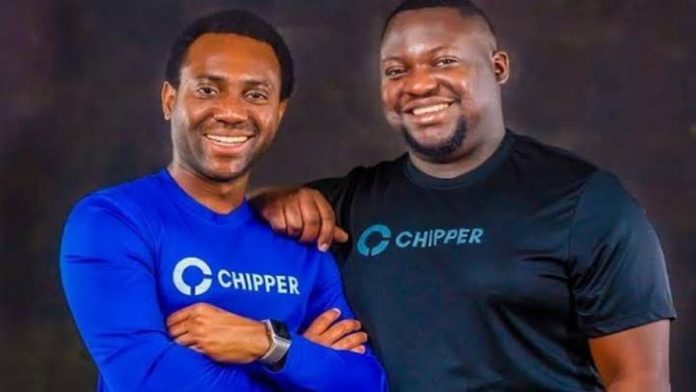 Two African men from Uganda and Ghana have managed to create a startup now worth billions of dollars, despite the raging bias against them.

Ham Serunjogi, a 24-year-old Ugandan immigrant and cofounder Maijid Moujaled, a Ghanaian immigrant, both saw the exceptional need for simplified way of banking, one that afford the major characteristics of a physical bank, from the comfort of one’s home.

From their San Francisco-based company, called Chipper Cash, both have been able to provide at least 5 million users with an option worth noting as an easy transnational financial service.

Serunjogi, when he was just a high school student, got the concept for Chipper Cash after seeing his father struggle to move money through Africa’s clogged banking system. Serunjogi grew up in Gayaza, a Ugandan village 10 miles (ca. 16 kilometers) outside of Kampala, the country’s capital.

Despite their poverty, Serunjogi’s family sent him to a private high school and put him in a competitive swim club. Serunjogi, who was 16 at the time, was selected for the Ugandan Youth Olympic team in 2010.

His father was obliged to fly to South Africa with an envelope full of cash to pay his son’s swim instructor while they were training there. The need for such a long and stressful journey occurred after having trouble conducting a bank transfer. This event created the idea for an easy platform for banking in the mind of that young man, Serunjogi.

According to a report, only around 40% of Africa’s 1.4 billion people are “banked,” which means they have access to and use a bank, making the region fertile ground for fintech entrepreneurs seeking to deliver financial services to hundreds of millions of African mobile phones.

This interesting statistics was relied upon by both founders of Chipper Cash, both of whom decided to join the market for Fintech solutions in 2018.

Chipper Cash has already raised $300 million from a group of blue-chip investors, the most recent round being in November with a valuation of $2.2 billion. “I’d have to take these things with a straight face.” But it was crazy, and it still is,” Serunjogi says from the company’s San Francisco headquarters, where he, cofounder Maijid Moujaled, and almost a fifth of the company’s 350 workers work.

Chipper’s two founders each own a 10% interest in the company, which translates to a paper fortune of more than $200 million.

Sheel Mohnot, a former partner at 500 Startups and one of Chipper Cash‘s original investors, attributes some early investor skepticism to a lack of knowledge about Africa. “At the time, hardly one was investing in Africa,” he recalls. That is no longer the case. Last year, venture investors invested $1.5 billion in African fintech businesses, up sevenfold from 2020, according to CB Insights.

Currently, 605 million people in Sub-Saharan Africa have established mobile money accounts, which allow them to transmit money via text message, up from 469 million in 2018. As a result, the area is ripe for more sophisticated consumer financial apps. This rise has helped in decreasing the bias and further ensuring that more investors see the “light of African Fintech Startups.”