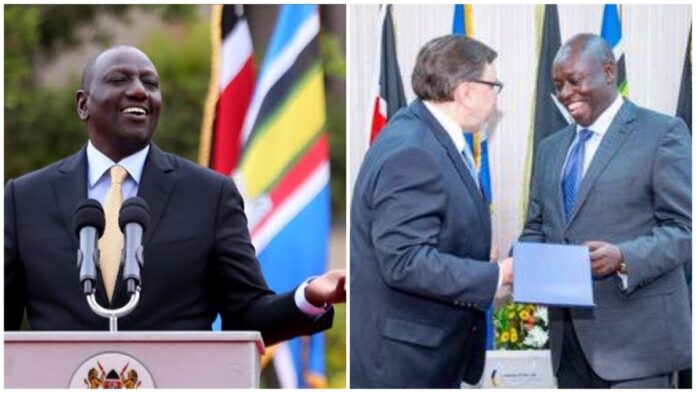 Kenya has received a donation of 25,000 tons of wheat from Ukraine to help families affected by the drought.

The statement was made Tuesday by Vice President Regathi Gachagwa after receiving the donation from Ukraine’s Ambassador to Kenya Andriy Pravdnik.

“Ukraine has donated 25,000 tons of wheat to Kenya, which will be distributed to drought-hit districts,” Gachagwa said in a brief statement, shortly after the envoy paid a courtesy visit to his office.

Ukrainian President Volodymyr Zelenskyy pledged the donation during the G-20 summit. It is part of the Grains of Ukraine humanitarian program, which aims to feed at least five million people worldwide by the summer of 2023.

“This initiative is significant because this year Ukraine is celebrating the 90th anniversary of the 1932-1933 genocide (famine) that the Soviet Union inflicted on millions of Ukrainian peasants,” the Ukrainian embassy said in a statement.

It added that “despite the ongoing military invasion by Russia, Ukraine is determined to reach out to those most in need and prevent the wave of global famine.”

This donation will complement ongoing government and other relief efforts.

An estimated 4.3 million Kenyans are at risk of starvation as the drought caused by four erratic rainy seasons devastates half the country.

Ukraine continues to play an important role in global food security given the ongoing conflict with Russia.

The country, which mainly grows and exports wheat, corn and barley, is one of the largest grain producers in the world.

Statistics from the European Commission show that Ukraine commands 10% of the global wheat market, 15% of the corn market and 13% of the barley market.

Data from the US Department of Agriculture shows that Ukraine was the seventh largest wheat producer in the world in 2021/22 with 33 million tons.

According to statistics, only the United States and its neighbors Russia, Australia, India and China produced more.

Ukraine is the leading exporter of sunflower oil with a share of more than 50% in the world market.

Russia’s invasion of the country in February halted grain shipments due to a Russian blockade, prompting fears of a global wheat shortage and rising prices.