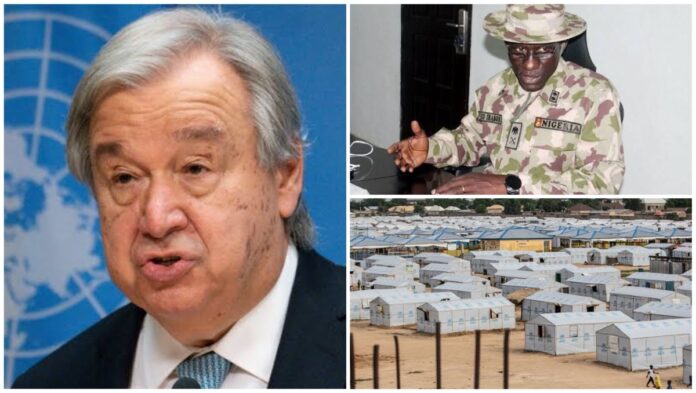 Reuters news agency reported on Wednesday that the Nigerian military has been running a clandestine, systematic and illegal abortion program in the north-east of the country since at least 2013.

The program reportedly involved the termination of at least 10,000 pregnancies in women and girls, many of whom were abducted and raped by Boko Haram, according to dozens of testimonies and documents viewed by Reuters.

“The Secretary-General notes with concern allegations of systematic and forced abortions, allegedly carried out by the Nigerian military, on women and girls who are already victims of Boko Haram,” Dujarric said in an email to Reuters.

He called for a full investigation and “immediate corrective and accountability actions” if such action is required.

“We urge the Nigerian authorities to fully investigate these allegations and ensure accountability,” Dujarric told reporters on Friday.

A US State Department spokesman said the Biden administration was “extremely distraught.”

A spokesman for the US embassy in Abuja has supposedly asked for more information, including from the Nigerian government and stakeholders working in the field.

“We encourage the Nigerian government to take the allegations seriously and conduct a full and transparent investigation, and we will continue to do so,” Dujarric states.

Nigeria’s defense minister said, on Thursday, that the military would not investigate the report because it was false. Although the Nigerian government has not publicly responded to the story.

Reuters reported that Information Minister Lai Mohamed could not be reached for comment on the United Nations’ request for an investigation.