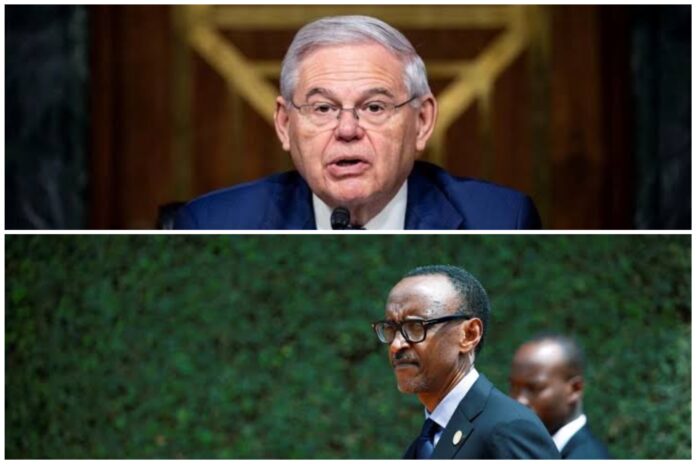 The chairman of the US Senate Foreign Relations Committee has stated, in Congress, his intentions to ensure an end to the US security assistance to Rwanda.

The congressman cited the incident of human rights violations in Rwanda as a reason for concern, especially as it has to do with conflict in the DRC.

Senator Robert Menéndez requested a thorough review of US policy towards Rwanda in a letter to Secretary of State Antony Blinken.

According to the leaked letter to the media, which his office acknowledged was genuine, Menéndez stated he would first withhold several million dollars supporting Rwandan peacekeepers engaging in UN operations.

Menéndez said he feared that US support for the Rwandan military during its deployment in Congo and support for the rebels “sends a worrying signal that the US is tacitly condoning such actions”.

The M23 rebel group began a significant offensive in late March in the eastern border region of Congo with Rwanda. Rwanda has been charged by the Congo with backing the M23, which Kigali refutes.

In 2021, the United States was Rwanda’s greatest bilateral donor, giving more than $147 million in assistance.

According to department spokesperson, Ned Price, the US State Department is reviewing its approach in light of the situation in Rwanda and will closely confer with Congress on the matter.

“We have already said that we are concerned about the growing tensions between the DRC and Rwanda,” Price told a regular press conference, urging the two sides to exercise restraint and engage in dialogue.
A Rwandan government spokesman did not immediately respond to a request for comment.