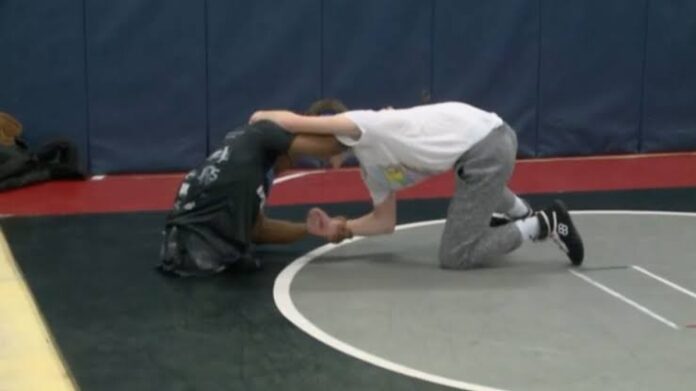 After reaching another inspirational milestone, Adonis Lattimore, a high school student from Virginia, has made it clear that his impairment is not an impossibility.

After defeating his opponent in the Class 6 wrestling championship final on Saturday, Lattimore, who was born without a right leg and has only one finger on his right hand, was proclaimed a state wrestling champion. 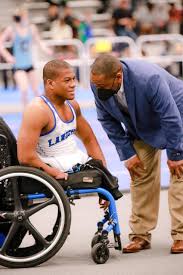 According to The Virginian Pilot, the Landstown High School senior defeated Lake Braddock student Korlan Tran 5-1 to win the title.

“I’ve been dreaming about this since I learned what it was, and to actually have it happen is just — I don’t know how to articulate it,” Lattimore said.
He further added that “You can achieve anything if you work hard enough – even win a state championship without legs.”

After finishing second in the Region A competition, Lattimore won the championship. He also had an outstanding 32-7 record at the end of the season. In the final stages of Saturday’s game versus Tran, Lattimore’s coach James Sanderlin can be seen jumping with glee. 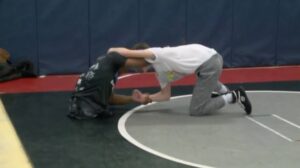 Sanderlin said, “All of the labor was done by him. I’m merely a passenger along for the ride. It’s an incredible sensation to watch him do it while being surrounded by people who are rooting for him. It had been fantastic. He is a young man who is dedicated to his work. I can’t say anything since I’m at a loss for words.”

He said, “It was a four-year dream that came true this year.” It had been a hard trek, but it was well worth it.”
Jerrold Lattimore, Lattimore’s father, was also at the Virginia Beach Sports Center to support his son, and the video shows him hugging and lifting him up emotionally after the game.
In an earlier interview with The Virginian-Pilot, Jerrold said, “What we recognized is that there is a bigger calling on Adonis’ life that is beyond what we could envision. We also realized that this wasn’t simply our tale.” But this was the story we wanted to tell.

Lattimore had significant hurdles on his way to winning a championship. As a freshman, he qualified for the regionals, but he did not stay in the competition for long. He didn’t make it as a sophomore either. The pandemic also forced the cancellation of last year’s tournament.
Lattimore recalls, “It was extremely frustrating, But I didn’t let that bother me knowing I had another year, I tried to get back on my feet.”

Lattimore’s abilities and journey have not gone unnoticed, as he has received praise from both his teammates and the community. “That’s been incredible,” he told WTKR of the outpouring of support. “It’s a fantastic community that has been there for me the entire time, providing training and support.”
“Everyone knows Adonis, and everyone loves him,” said Thomas Keyes, a senior at Landstown. “I believe part of it is because he has a fantastic personality. He constantly has a smile on his face.”