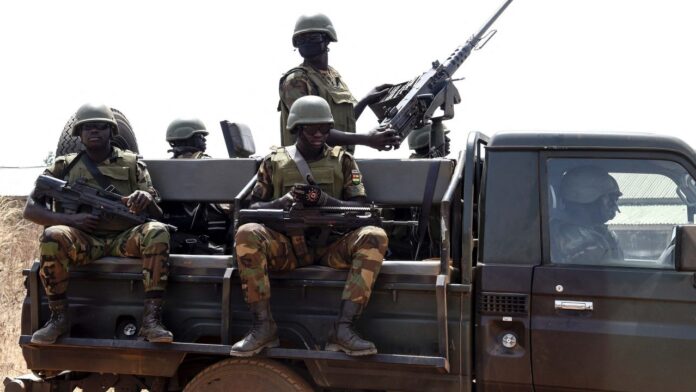 A strict warning has been issued to Ghana by the West Africa Centre for Counter-Extremism (WACCE). In a statement released, it warned the thriving West African nation to take its security more seriously.

Using the terrorist attack in Togo as a reference point; the agency warned Ghana to ensure its Security “apparatus” is up to date.

Unfortunately, the Togolese attack has been the focus of several news agencies; WACCE noted that at least eight soldiers lost their lives in the attack.

The agency also implied the involvement of terrorists and jihadist groups which seems to be getting closer to the Ghanaian border.

It said that the attack, which claimed the lives of eight soldiers, implies that the activities of terrorist and jihadist groups are getting closer and closer to the borders of Ghana.

In an interview with Citi News; WACCE Executive Director Mutaru Mumuni stated that the attack in Togo posed a huge security concern to Ghana.

He stated that the country’s security forces must begin taking proactive efforts to combat terrorism as soon as possible.

Mumuni claimed that the Ghanain state is more vulnerable than the public acknowledges.

“it is important that we shied away from pretending that; we are so insulated from the threat of violent extremism,” Mumuni stated.

“It is important that we begin to speak in terms that reflect the actual reality we are facing and what we can all do to help prevent it from happening on our soil,” he added.

The first terrorist incident in Togo took place in the northern region of the country; killing eight soldiers and injuring thirteen others.

Gunmen attacked an army checkpoint in the Kpendjal prefecture; near Togo’s border with Burkina Faso on Wednesday; according to sources.