WHO Predicts a 94% Fall In COVID Deaths In Africa 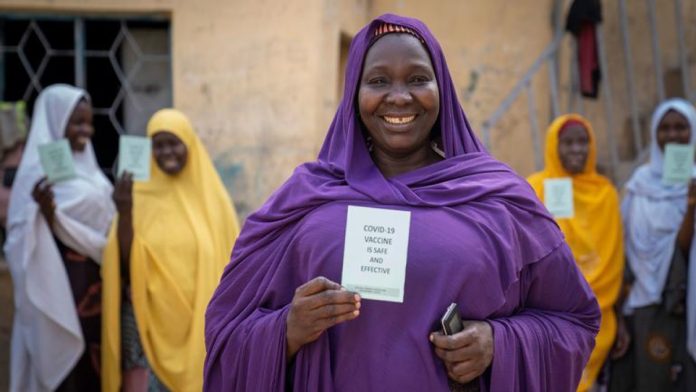 According to a new World Health Organization research, deaths from the COVID-19 pandemic in the African Region are predicted to drop by about 94 percent in 2022 compared to 2021, the pandemic’s deadliest year (WHO).

This decrease comes as the number of cases is predicted to reduce by slightly more than 25% this year.

According to the study, which was published this week in the scientific journal The Lancet Global Health, while the Region officially declared 113,102 deaths in 2021, about one in every three deaths was not taken into account, resulting in a total of 350,000 deaths. If present variations and transmission dynamics do not change, the research projects roughly 23,000 deaths by the end of 2022.

Dr Matshidiso Moeti explained that Africa, “lost an average of 970 people every day last year.” “It’s a colossal toll,” said the WHO Regional Director for Africa.

According to a statement by Moeti, a most recent analysis reveals that the number of deaths in the African Region will reduce to roughly 60 per day in 2022. The statement further revealed that the low number of projected deaths this year is a significant achievement for the Region and a testament to governments’ and partners’ efforts.

However, reports claim that a large percentage of cases have gone unnoticed. According to studies, only one out of every 71 cases of COVID-19 is reported in the Region, with 166.2 million infections expected in 2022, down from an estimated 227.5 million in 2021.

The difference between the number of cases and deaths in 2022 is due to increased vaccination, improved pandemic response, and natural immunity resulting from past infections, which protects against severe disease and death without preventing reinfections.

COVID-19 was estimated to be the seventh leading cause of mortality in the African Region in 2021, only behind malaria, while the virus was the 22nd largest cause of death in the region in 2020, according to study. The Delta variety, which is more contagious and causes a more severe form of the disease, caused a considerable increase in the number of deaths in 2021.

As the epidemic continues, it is critical to improve all aspects of health care, including prevention, treatment, and immunization of vulnerable populations. Hospitalizations, the burden of comorbidities, and the introduction of novel variations will all require targeted observation.

In the African Region, the burden of death from COVID-19 is said to be unevenly distributed. The mortality rates of high- and upper-middle-income nations, as well as those in the Southern African Development Community, are around twice as high as those of low- and lower-middle-income countries in other African economic areas.

The study found that biological and physical variables, mostly comorbidities like hypertension, diabetes, chronic obstructive pulmonary disease, HIV, and obesity, influence the severity and mortality risk in COVID-19 patients. In countries with increasing death rates, the prevalence of these comorbidities has increased.

The disparity between cases and deaths was clear in the most recent wave in southern Africa, which lasted six weeks and had an average of nearly 200 reported deaths per week compared to more than 44,000 new cases per week. After four weeks of increases across Africa, the number of new cases has dropped in the last two weeks, indicating that the current wave has crested.

Read also; Dean at Canadian University Announces that All of their Master’s Law Graduands Are Nigerians