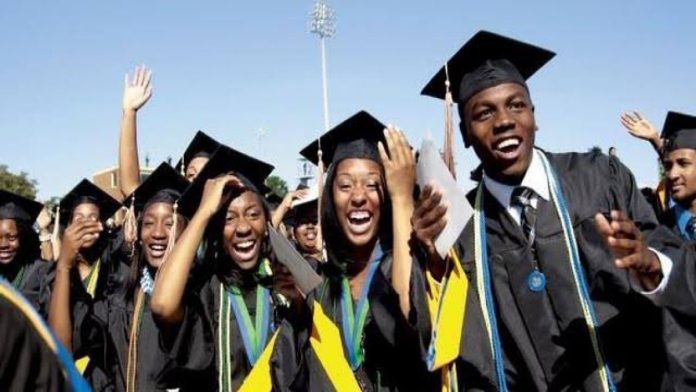 A man identified as Ian Holloway, a Dean at the University of Calgary in Alberta, Canada, announced his excitement about the graduating students at his institution.

The dean expressed joy about the fact that all recent Master of Law graduates from the institution are Nigerians.

According to The Cable, Ian Holloway announced the news on Twitter and disclosed that the nine students, who happen to be Nigerians, had graduated.

In his tweet, he said, “This is cool. We have 9 students graduating with their LLMs today. All are Nigerian! @ProfXtian @NigeriaGov.”

The academic genius of citizens of the West African country has never been in question as each year proves that they are indeed quite excellent all over the world.

Recall that A total of 30 young Nigerians obtained scholarships to study at various colleges in the United States of America, including Ekene Ezeunala, a 17-year-old alumnus of Meiran Community Senior High School, Lagos, a government-owned secondary school.

The scholarships were obtained by these students at the 2021 edition of the Opportunity Fund Programme, an event organized by EducationUSA, a United States Department of State network.

The agency has been said to possess one of the greatest networks of students in the world, with more than 430 international student and advising centers operating in roughly 175 nations and territories throughout the world.

According to the then exciting announcement, six of the beneficiaries, including Master Ezeunala, will enroll in various undergraduate programs, three others will enroll in Master’s programs, and 21 will be awarded doctoral scholarships.

Neuroscience, Biomedical Engineering, Bioinformatics, Computer Science, and Engineering are among the programs they will pursue, and the universities they will attend include the prestigious Massachusetts Institute of Technology (MIT), Columbia University, Princeton University, Purdue University, and the University of Pennsylvania, among others.

Also worth noting was an announcement by the United States Embassy in Nigeria, which revealed in its 2021 Open Doors Report on International Educational Exchange that Nigeria is placed first among African countries in terms of the number of students studying in US universities, making it into the top 10 countries in the world with students studying in US institutions.

A similar record holds water in Canada. According to IRCC data, the number of new study permits issued in Nigeria climbed by 30.3 percent from 10,550 in 2020 to 13,745 in 2021, making it the ninth most popular destination for international students. It’s the highest level in 22 years.

In addition, the total number of new study permits issued worldwide climbed by 17.7% to 621,565. A study permit is a government-issued document that allows foreign nationals to study in Canada’s designated learning institutions (DLIs).

Read also; Police In Senegal Arrest Two in Connection With Deaths of 11 Babies In Hospital Fire