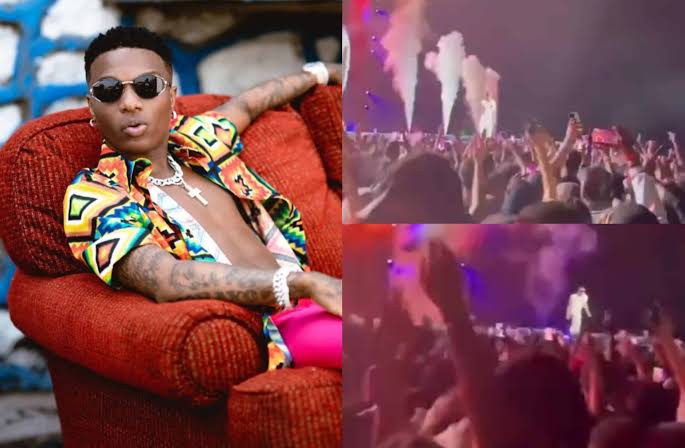 Nigerian singer Ayo Balogun, commonly known as Wizkid, has made yet another historical move with his latest achievement at the Rolling Loud Festival in Toronto, Canada.

On Sunday night, September 11th, Wizkid made history as the first African artist to headline Rolling loud, often referred to as the world’s largest music festival.

The singer also gave impressive performances as he wowed music lovers in Toronto with some of his evergreen songs and got them raving along with him.

In the video shared online, the crowd could be seen screaming with excitement and it was a beautiful scene to watch, as they shared their experiences after the event.

Recall that we had earlier reported that the Multi-award winning Nigerian artist, Wizkid, was announced as one of the stars to headline the 2022 Rolling Loud music festival.

The festival, which normally takes place in the United States, was held in Canada for the first time in history.

“This is our first year in Canada and we are thrilled! Rolling Loud Toronto is the beginning of something beautiful for the city,” the festival’s official account tweeted on Tuesday.

The three-day festival was also headlined by American hip-hop stars Dave and Future, with Wizkid set to headline the third day of the festival.