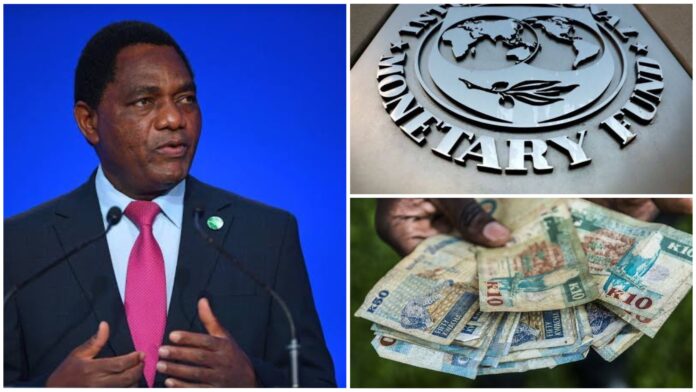 Zambia on Wednesday won International Monetary Fund approval for a 38-month $1.3 billion lending program, a crucial step in the South African country’s bid to restructure its debt and recover an economy ravaged by administrative challenges and COVID-19.

The IMF said in a statement that the new Extended Line of Credit agreement would provide total funding of 978.2 million Special Drawing Rights – about $1.3 billion at current exchange rates – equivalent to 100% of the quota or share from the Zambia’s shareholding.

IMF Executive Board approval will unlock an immediate disbursement of about $185 million, the IMF statement said.

Zambia’s creditors, led by China and France, pledged in late July to negotiate a restructuring of the country’s debt, a move IMF Managing Director Kristalina Georgieva hailed as “paving the way” for the new funding program.

The initiative, which is funded by the ECF, aims to create greater, more resilient, and inclusive growth.

Also, read; Zimbabwe Relocates 2,500 Wild Animals To Save Them From Drought

According to her, this will free up some money for increased social spending and reduce the pressures of transition on the most vulnerable.

According to the IMF, the loan will also attract much-needed financial help from donor nations and development partners.

In 2020, Zambia became the first pandemic-era African country to default. The external debt restructuring, which totaled more than $17 billion at the end of 2021, is seen by many analysts as a test for the region.

It is one of three African countries, along with Chad and Ethiopia, that have sought restructuring under a joint G20 debt restructuring framework. The IMF reached an agreement with Zambia for a loan of up to $1.4 billion last December.

Georgieva tweeted that the approval of the Zambia loan was a “major milestone” in the long-stalked G20 effort and showed it could deliver results for other indebted countries.